Let’s face it – we all feel like the Award seasons are shit and really cannot wait for the Academy Awards to be over.

Hosted by Aubrey Plaza, who proved superb in her delivery and wit, the Independent Spirit Award showcased some worthy winners. The big heavy awards went to Barry Jenkins and his incandescent If Beale Street Talk, walking away with Best Director and Best Feature Film. He used his time of stage to celebrate female directors, big up Lynne Ramsay, and basically geek out!

Glenn Close accepted her award for Best Actress with her dog which we should do more and more of. Bring your pets to Award Season seems like a better year than the pile of dog dodo we’ve had this year. Best Actor went to Ethan Hawke for which means most of film twitter could, for a while, retire this meme. 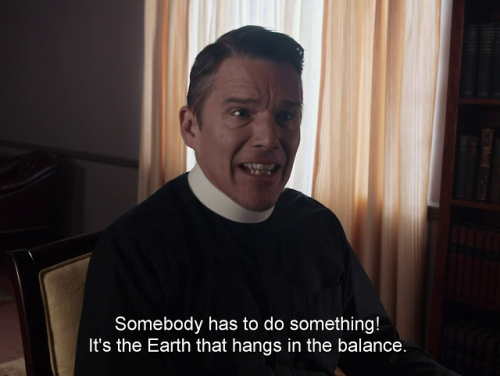 Don’t you just love the indies?

Usually we end this sort of coverage with a full list of winners. But seeing as you can find them here, we just want to share we you Shangela’s performance because it is a slice of fried gold. And by fried gold, we mean chicken nuggets.