The oeuvre of S. Craig Zahler is defined by a number of characteristics. His films are extremely violent, from the caved-in skulls of Brawl in Cell Block 99 to that one scene towards the end of Bone Tomahawk that immediately induced a thousand yard stare in everyone who saw it.

Crucially, though, Zahler’s movies also take their time. They deal in bloodshed, for sure, but they also deal in the calm before the storm. 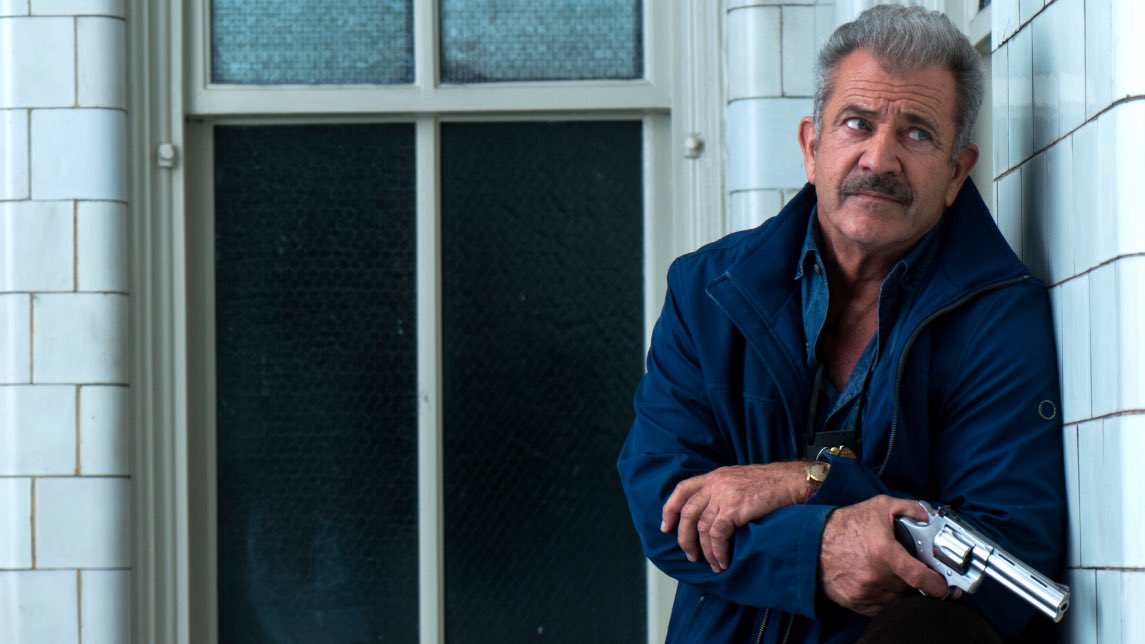 Dragged Across Concrete is no exception. At a bum-numbing 159 minutes, it’s a lengthy slog of a movie, and one that makes no apologies for that excess. It also makes no apologies for its politics or its casting. This is a film that positions the intensely problematic Mel Gibson and the gun-loving Republican Vince Vaughn as racist cops, who are suspended by Don Johnson’s police chief when video footage of them using excessive force on a Latino dealer hits the headlines. “Politics are everywhere,” says Johnson, adding that “the entertainment industry formerly known as the news needs villains”.

And it’s in dialogue of that stripe that Dragged Across Concrete emerges as Zahler’s most difficult work from an ideological perspective. The foregrounding of Gibson is a blatant act of trolling and Zahler’s dialogue juggles casual racism, jibes about how the line between men and women has now “blurred” and discussions about the threat of a young white woman being attacked by black men that are an unsettling reminder of the recent controversy around Liam Neeson. Apparently, in this world, throwing cups of soda around is an obvious precursor to rape. At times, the film is like sitting in a pub with Piers Morgan, Jeremy Clarkson and that Tory MP who keeps blocking up-skirting laws. 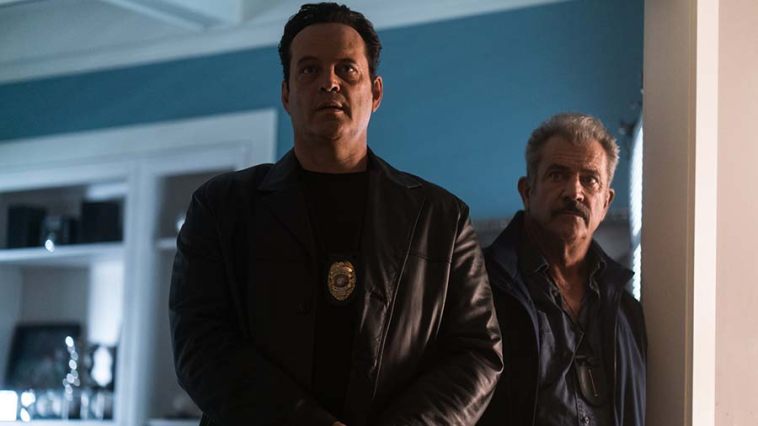 Certainly, there’s no room in Concrete for women. Female characters do cross the orbit of the protagonists occasionally, but they’re either framed as cartoonishly emotional – one woman literally cannot bring herself to leave her newborn son to go to work – or bizarrely laissez-faire. Vaughn’s character’s girlfriend is black, but seems curiously unmoved by his suspension for a racially motivated misdemeanour. Black actor Tory Kittles is nominally the third lead, but the film’s lack of interest in him would be funny if it wasn’t so depressing.

The story inexorably winds towards a violent conclusion, in which bullets fly and arterial fluid leaks onto grubby asphalt. But it all feels weightless, even when a character is literally fiddling around inside another’s internal organs. Zahler has replaced the style and power of his previous work with a Trollface meme. He’s like a basement-dwelling Reddit user daring you to be ‘triggered’ by him, just waiting to share that ridiculous copypasta about “sexually identifying as an attack helicopter”.

Like so many purveyors of shock, Zahler has seemingly forgotten why he wanted to shock people in the first place.

Dragged Across Concrete is in 19th April