Films as dynamic and different as Madeline’s Madeline showcase how art can truly push boundaries of performers, emotions, and story-telling.

This experimental film by Josephine Decker revolves around the young titular character. Enamoured by a local drama group, Madeline gets swept up into the world of the stage. However, tensions between the hyper-aggressive Madeline and her wrought and over-attentive mother, Regina, reach breaking point, spilling over into her performance on-stage. Madeline’s teacher Evangeline uses and begins to abuse that spark…As art blends into reality, Madeline herself is pushed to the edge of her imagination and emotion.

Madeline’s Madeline is an experimental slice of cinema. It is a film that starts in a cacophony of frustration and confusion. A combination of adolescence fantasy and heated drama that sets-up the films flit between Madeline’s dreamlike method acting and her traumatic emotions involving her mother. Decker explores the suffocating relationship where the seemingly meagre Regina is abused by her somewhat aggressive Madeline. Their tentative relationship is put on display where you never truly know who is in the wrong with Regina suffocating her daughter to the point where Madeline lashes out. In turn, the audience is given an initial irritating beginning but that’s part of Decker’s ploy – to have you puzzling over Madeline’s world.

Upon revelation of the final third, Madeline’s Madeline is an enchanting spectacle of pure art ripples with emotion. It questions the very beating heart of the film come to a dizzying head and the film captivates you. Exploring the line between how artists can break boundaries in order to push something towards a satisfying conclusion. When people question the ethics of this, the film explodes with every repression and every bit of rage becoming this palpable piece. 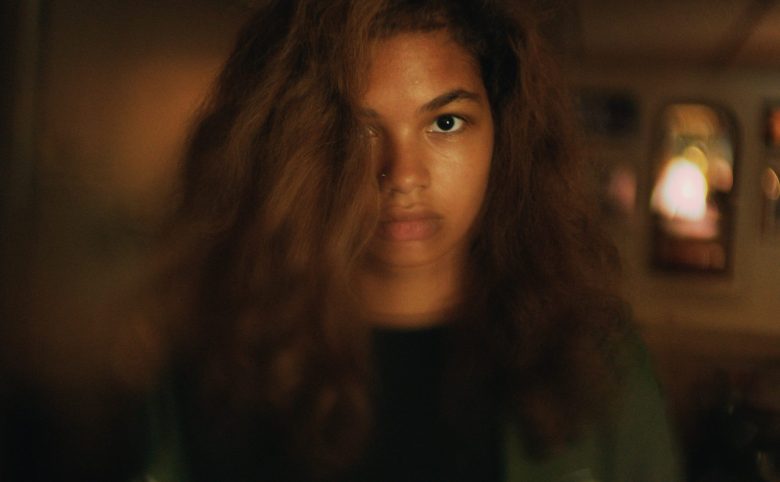 This is captured in Helena Howard’s phenomenal performance. The young actress is absolutely electrifying her who can absolutely dig into the heart of Madeline. As the character, Howard is able to dig into adolescence villainy whilst also feeling sympathetic to her relationship with her mother. Flanked by her false matriarch Molly Parker and her real yet affecting one Miranda July, Howard is able to reach into her complex emotions, mental health, and illness that impacts herself and those around her.

Josephine Decker delivers a feverish contemporary movie exists to irritate and charm, to ruffle and repel as well as attract and assuage. A pulsating, refreshing, and incredible somewhat thriller whose drama explodes in a magnificent manner, Madeline’s Madeline is a different yet must-see movie.

Madeline’s Madeline is available in cinemas and on MUBI!