Disney live-action remakes are a scourge of the film industry. Not one has been enjoyable on it’s own merits, feeding off nostalgia to make a few quick bucks. The highly unnecessarily practise adopted by the word’s biggest studio has produced mediocre films that fail to capture the magic and imagination of the animation that proceeded it.

So expectations for this new Aladdin were entirely on the floor, not helped by nearly everyone feeling a strong affiliation to the late great Robin Williams’ and his crazed blue genie from the first film as well as the fact they’d hired action-director Guy Ritchie to tackle the adaptation.

Surprisingly, Aladdin may just be one of Disney’s better remakes (Cinderella still being the best one.) 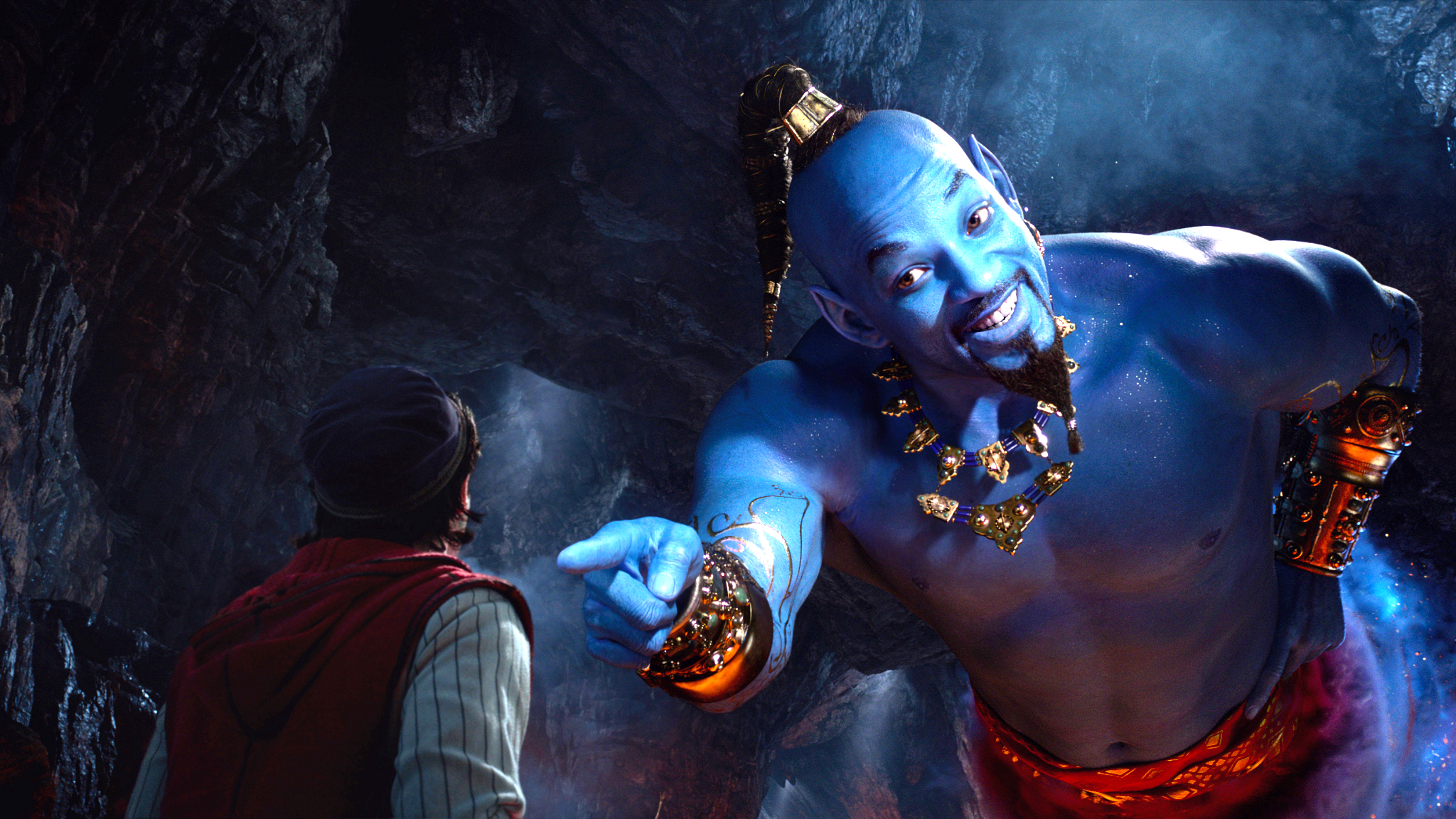 Aladdin revolves around the titular street urchin who steals and robs on the streets of Agrabah. One day he meets a young woman and instantly falls in love only to find out she is Princess Jasmine and she can only marry a Princess. Despite being a petty thief, Aladdin has a heart of gold and is used by wicked Royal Vizier Jafar to hunt for a magical lamp. There Aladdin discovers the magical genie and soon uses his wishes to get closer to Jasmine… But Jafar’s dastardly plan isn’t far behind.

Ritchie has pulled the rabbit out of his hat and given us a colourful and enjoyable spectacle. The film is a fresh-breath of air – a colourful and musical ride that is filled with adventure and soul. It’s not just the classic (and new) songs that get you tapping along and fully invested in the films – it’s the great direction and the undeniable spirit that flows through the film.

This is largely down to it’s two leads – Mena Massoud as Aladdin and Naomi Scott as Jasmine. Massoud nails what makes Aladdin such a brilliant character. Dapper, charming, but with a heroic heart at the beginning (and, sorry, with a smile that’ll melt your cold soul,) Massoud is wonderful and charming, giving the audiences a fun and dashing character to root for.

But it is British actress Naomi Scott that wears the crown in this film. Scott’s Jasmine is how you excellently update characters to this modern world (I’m looking at you Emma Watson’s Belle.) Jasmine is headstrong but also kind, and her relationship with Aladdin is second to her determination to help her people and country. She also gets her own song and it is a beautiful belter of a track.

Admittedly, Aladdin is dull in places. It’ll take audiences a few moments to adjust to the new movie as the lead character parkours through his city set to a new take of Alan Menkin’s songs. Will Smith definitely has a harder job at paying homage to Williams’ famous role whilst making it his own. He can be successful in this but there is a distinct lack of energy in places. Plus, they took away Jafar’s villainous reprise – which is unforgiveable.

Also, it is worth mentioning that the film is framed like a Bollywood movie in places. Aladdin is famously set in Arabia and whilst the city of Agrabah is fictional, it would’ve been nicer to pay true homage to Arabic cultures then borrowing what they can from any Asian background. It’s pretty to look at but does feel a little rotten.

Rest assured that the strength of the leads, especially Naomi Scott’s head-strong and determined Princess Jasmine, carry the film to excellence. Energetic, colourful, and with brand new songs to fall in love with, Aladdin triumphed where it was expected to fail. And whilst it isn’t flawless, it is definitely a diamond in the rough.

Aladdin is out in cinemas now!