Movies can be many things. They can be life-changing dramas that go on to win Oscars. They could be epic blockbusters, seeing phenomenal fighting sequences on the big screen. They could be whacky comedies, stirring spectacles, the batshit insane, and the ones filled with pain.

Sometimes, they are just dumb, That’s Corporate Animals – a nasty little comedy “horror” that is both hilarious and silly and owns it completely.

Directed by Patrick Brice the film revolves around employees of the Incredible Edibles – America’s premiere provider of eatable cutlery. CEO Lucy is an egotistical manager who takes her long-suffering employees on a retreat through the caving systems of New Mexico. Once inside, a cave-in happens, killing their guide. The employees now have to survive which would be easier if they didn’t all hate each other. Cue hilarious antics, sexual tension, business revelations, and as Wikipedia calls it, “casual cannibalism.”

Directed Brice has gifted us with many funny and different movies such as found-footage horror Creep and, my favourite, The Overnight. Corporate Animals may just be his stupidest movie yet that works because it is as hilarious as it is bonkers. Unfortunately for our ragtag bunch of employees (who don’t necessarily like each other,) everything that’ll happen in a daring cave-in rescue, happens. And it is comical to watch it unfold in this, frankly, bizarre manner. There’s the tasteless and the downright stupid as well as the inspired and bloody brilliant. 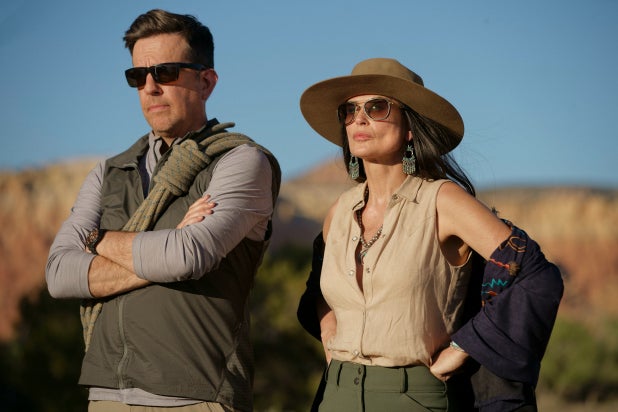 The acting talent is on-point: Demi Moore leads the cast as the insufferable Lucy whilst Jessica Williams and Karan Soni play her hapless assistants vying for a better position – with Soni being the true star here as he realises exactly the trauma Lucy has put them through. But the movie also features Ed Helms, Isiah Witlock Jr, Nasim Pedrad, and more who bring their own different energies from the deadpan to the whacky.

The film does dive into power-structures and how bosses can manipulate their employees into working hard, doing sexual favours, and also venturing down a great big cave. This iota of meaning does give some depth to our characters and why they may behave in a certain way. However, it isn’t fleshed out as well as it could be and with our gang of helpless lead characters, you can’t help but want more from them.

Still, Corporate Animals is a romp. Well – not a romp – because they are stuck underground, but an adventure nonetheless. It’s laugh out loud hilarious whilst also making your toes curl in the most exquisite and perfect way. It may not be everyone’s cup of tea but for fans of Brice’s previous work and those who can appreciate the outright perfect dumbness of this movie will absolutely adore it.

It is as though 127 Hours took one big bong hit and just kept going…Corporate Animals is a comedy delight!