First features always have smatterings of something deeply personal. Desiree Akhavan explored her New York life in Appropriate Behaviour whilst  Bo Burhnam injected his own sense of self into Eighth Grade. Filmmakers always input their souls into their films but for a first feature, it always seems more poignant – closer to the director’s reality.

For Richard Billingham, his debut Ray & Liz truly puts a picture of his life on the big screen in a complex, brooding, and utterly beautiful way.

Ray & Liz is based onon a video artwork of photographer Billingham, as well as a book collection called Ray’s a Laugh. Billingham puts his own experiences of life in Birmingham on the big screen. The film starts off with an aged alcoholic Ray stumbling around his own flat, drinking home-brew and chain-smoking. At different times, Ray looks back at his life with the volatile Liz, their children Richard and Jason, and the world of 1970s Birmingham.

Ray & Liz is such an impacting slice of British life. The film is so detailed in its craft and really awakens this authentic period setting. . As director Richard Billingham brings the stories of his own life onto the big screen, it feels so much as though we’ve stepped into this picturesque world. As exquisite as it maybe in cinematography, and shots, Billingham imbues the background with a lot of background. It’s so distinct and detailed in the drab dirtiness of near-poverty that one familiar with that life would practically be able to smell the cheap hairspray or damp. 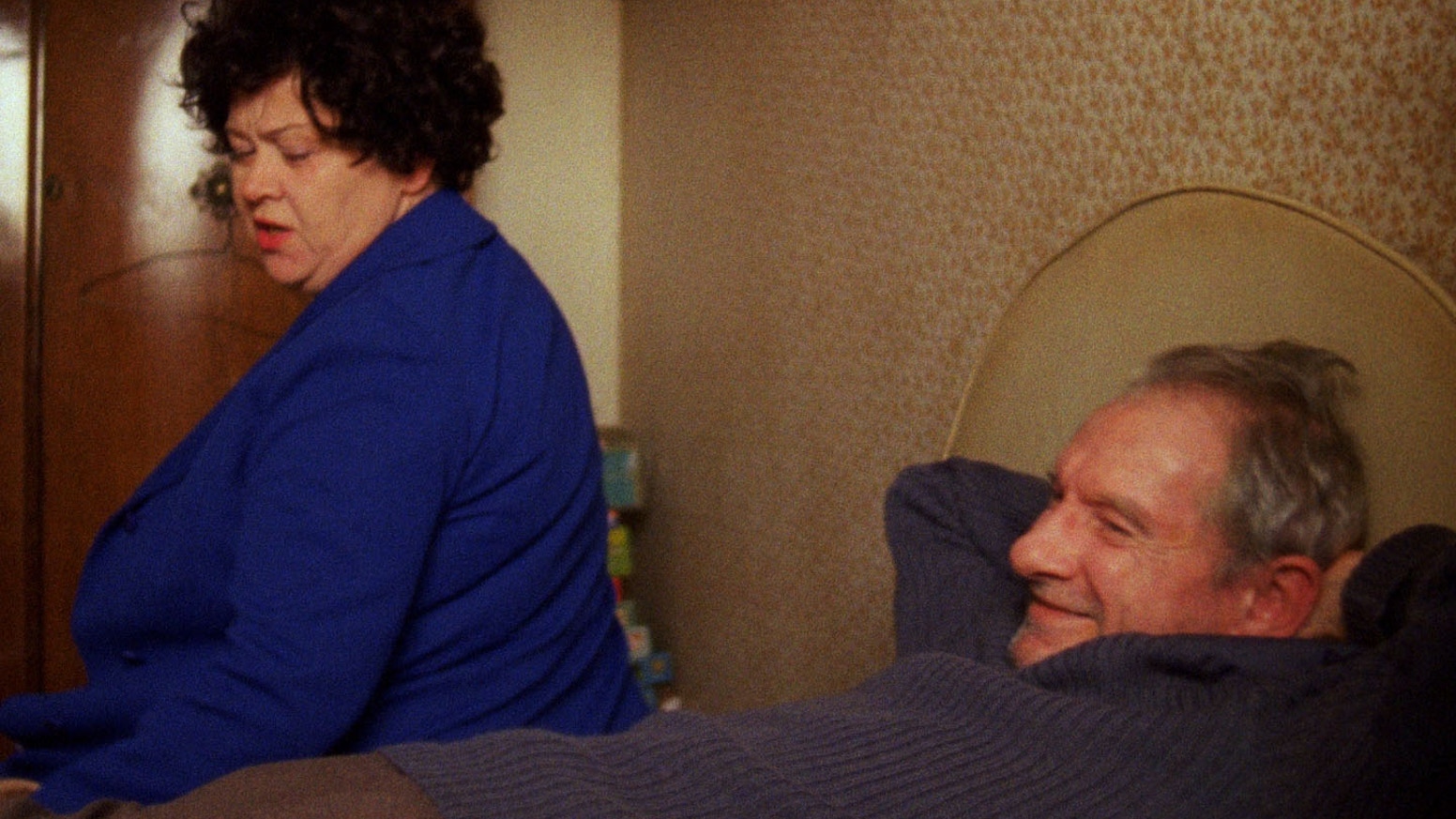 Billingham deals with his own life story in such an intimate way. His tragic ode to his family doesn’t feel embittered or angered. Instead, this bleak depiction of his childhood, scattered with odd humour, has an ingrained empathy for his neglectful parents. Played by the impressive Ella Smith and the formidable Justin Salinger , their selfish and scheming behaviour is tangible throughout. The caustic manner in the way they are lends itself to the gloomy and problematic way of life for them and their children. Yet Billingham is wary to not put blame on his parents. Instead, through snippets about his uncle or brother or even himself, the director shows that this is just life as it was. Or, even, life as it is for people maligned to the outskirts of society.

Actually, this is a story about people who are society; folk scraping by on dole and redundancy money, frittering way the pennies for alcohol or begging others it by hounding and hassling. As their children attempt to find warmth in other homes, the titular pair scrounge for cigarettes on the underpass or walk their bunnies in the park without really questioning where their children have been. The films impoverished family are gloriously realised on the big screen; in all their scathing sorrow.

The earnestness on display in Billingham’s Ray & Liz is impacting. An ever-lasting ode to family life that bears it’s bruises and scars for all to see. An intimate display of despair that moves with a spirit and a soul, this poignant cinematic poetry is definitely one to see.

Ray and Liz is out on DVD & Blu-Ray now!