Of all the Academy Award nominees this year, one category does stand out as the strongest – Best Film in a Foreign Language. From Hirokazu Kore-ade’s triumphant Shoplifters to Alfosonso Cuaron’s completely unstoppable Roma, the category is filled with compelling and impressive features that deserve to be celebrate.

Amongst the nominees is Lebanon entry Capernaum. 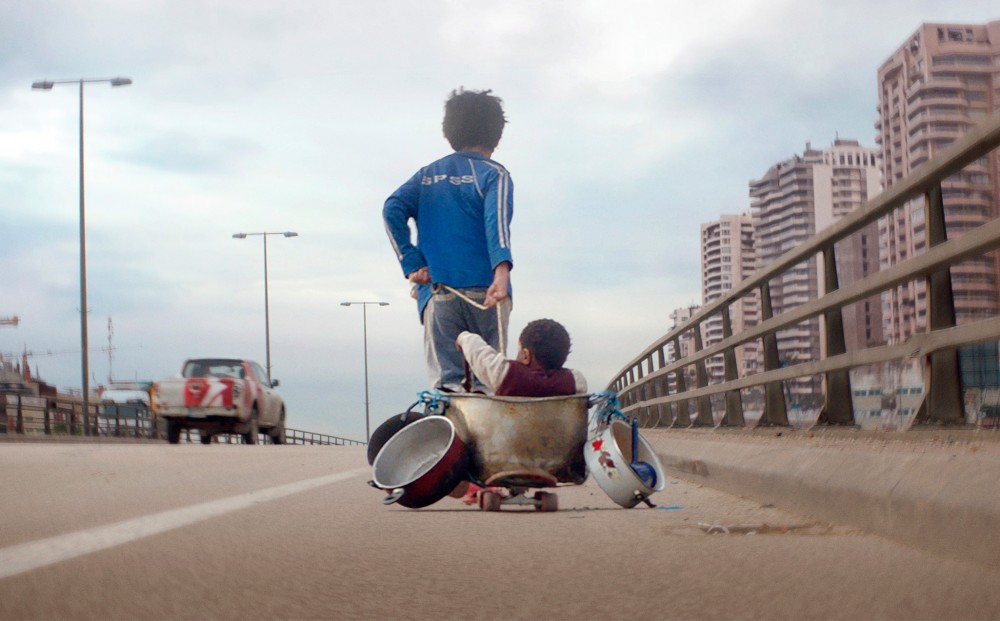 Directed by Nadine Labaki, the film revolves around Zahn, a young boy living with his abusive and impoverished parents along with his many sisters and brothers. Zahn is particularly close with sister Sahar and is dismayed to find out that his parents have married her off to a much older man. When Sahar is taken away, Zahn escapes the clutches of his parents and finds solace in young immigrant mother Rahil who also takes care of her own baby. However, as his life begins to spiral out of control, Zahn decides to sue his parents for their neglect.

Labaki’s wonderfully understated film is an intimate portrait of the suffering that goes on in the country of origin. The grit and dust of gutters and the hustle of those on the streets is focused on as Zahn and people like him are repeatedly let down. Labaki showcases this horror of day to day life with a particular earnestness that echoes throughout.

What makes Capernaum a triumph are the child performers. Street-casting from actual Lebanon residents, Labaki has found a brilliant lead in ain Al Rafeea. The fourteen year old actor really tackles Zahn with enough grounding yet childlike exuberance that makes his journey feel real (and therefore adds to the pain.) Zahn is actually perhaps a greatly written child role as he cares for many and most around him. Yes, he is pushed to attack, and can be wildly uncontrollable but it comes from his circumstances and frustration – not just for him, but those around him.

He is paired opposite Yordanos Shiferaw as Rahil and they work together to craft this impressive and endearing relationship. Though it is tested, the pair are lost souls that gravitate towards one another.

There is also, perhaps, the best performance by a baby you’ve ever seen. Sure, it probably took a long time to cut the child ‘s gurgling and fidgeting into something that meets the narrative but that child has range and charisma that you are transfixed to him.

Filming over five hundred hours of footage and editing it down to just two, Labaki works tirelessly to build a compelling story. Whilst the story does focus on the misery of Zahn and his child cohorts, Labaki does something crucial, she injects Capernaum with hope. Not cheesy, Hollywood hope in which Zahn finds a new family or even gets out of his circumstances – but she finds this natural childlike wishing. Capernaum showcases goodness out there despite humanity being somewhat lost.

As the tagline says, “it takes courage to hope,” and that has never been truer than in Capernaum.

Capernaum is out on DVD & Blu-Ray now!