Somewhere round the hour twenty-mark of Fast Five comes the point of no return in the Fast and Furious franchise. What began life as a Point Break-lite-boy-racer-B-movie had evolved into something absurdist and comically macho. With the introduction of Dwayne Johnson came arms busting out of casts, concrete desks being torn off floors and “Daddy’s got to go to work.” His addition didn’t just add “nos” to the engine fuel, he propelled this ailing franchise to frankly silly heights.

Four movies on of petrol fuelled mania – cars dragging a supersized safe through the streets of Rio killing countless civilians, cars falling from helicopters, cars propelling from one building to another, Vin Diesel is bad-wait-no-he’s-not, is that Charlize Theron in dreadlocks, a very, very, very long runway, all cars are remote controlled now, Statham fights a plane full of henchman whilst holding a baby, no one is bad, actually they are, is that Kurt Russell? – comes Hobbs & Shaw, an experiment in just how far you can take the Fast and Furious franchise before it becomes glorified superhero nonsense.

And it is nonsense, and proudly so. In the first five minutes, we are introduced to Hattie (Vanessa Kirby), an MI6 agent and sister of Shaw (Statham) accused of being rogue having neutralised a biological weapon, “the snowflake,” to stop the cybernetically enhanced Brixton (Idris Elba) from committing mass genocide. 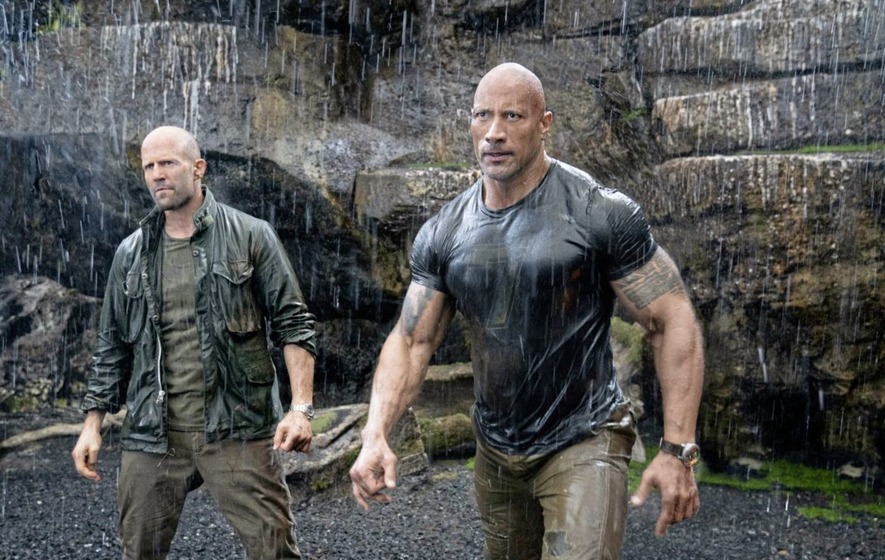 Ten years back, it’d be tough to quantify exactly where the natural leap from Paul Walker and Vin Diesel drifting through homo-erotic tension to Idris Elba literally punching the back of a truck was. Presumably it came somewhere between Fast Five and Johnson halting a torpedo in it’s tracks over a frozen lake whilst chasing a Charlize Theron lead nuclear submarine in Fate of the Furious.

But the absurdity of Hobbs & Shaw only goes so far. Watching Eddie Marsan scream in Russian whilst wielding a flamethrower is enough to leave you giddy, and a genuinely thrilling chase through London traffic may not be top billing in other Fast films, but it’s efficiently put together with the idea of a Terminator-Idris Elba chasing Statham and Johnson. Always an appealing prospect!

But while the film goes truly silly in its set pieces – cars fly and flip through windows, Idris Elba goes flying through a bus without a scratch – it’s bogged down in pacing issues. Everything comes to a halt for the sake of exposition, and it happens repeatedly.

Director David Leitch, who co-directed John Wick and mounted some genuinely impressive action sequences in Atomic Blonde, seems to struggle with the big budget fight scenes. As with Deadpool 2, they’re often incoherent, a mess of bodies blurred together through quick cuts and awkward handheld camera movements.

At 135 minutes, it’s too long, with the charisma of Statham and Johnson only going so far. A series of uncredited A-List cameos feel only superfluous and their comic improvised scenes only ever drag.

But Hobbs & Shaw never wants to be taken seriously. It’s a further descent into absurdist madness and when it fires on all cylinders, it manages to be something almost cathartic and fist pumping.

We’re a year out from the ninth Fast film, and Hobbs & Shaw promises us another installment of their misadventures, maybe this detour is worth taking.

Fast & Furious: Hobbs & Shaw is out in cinemas now!