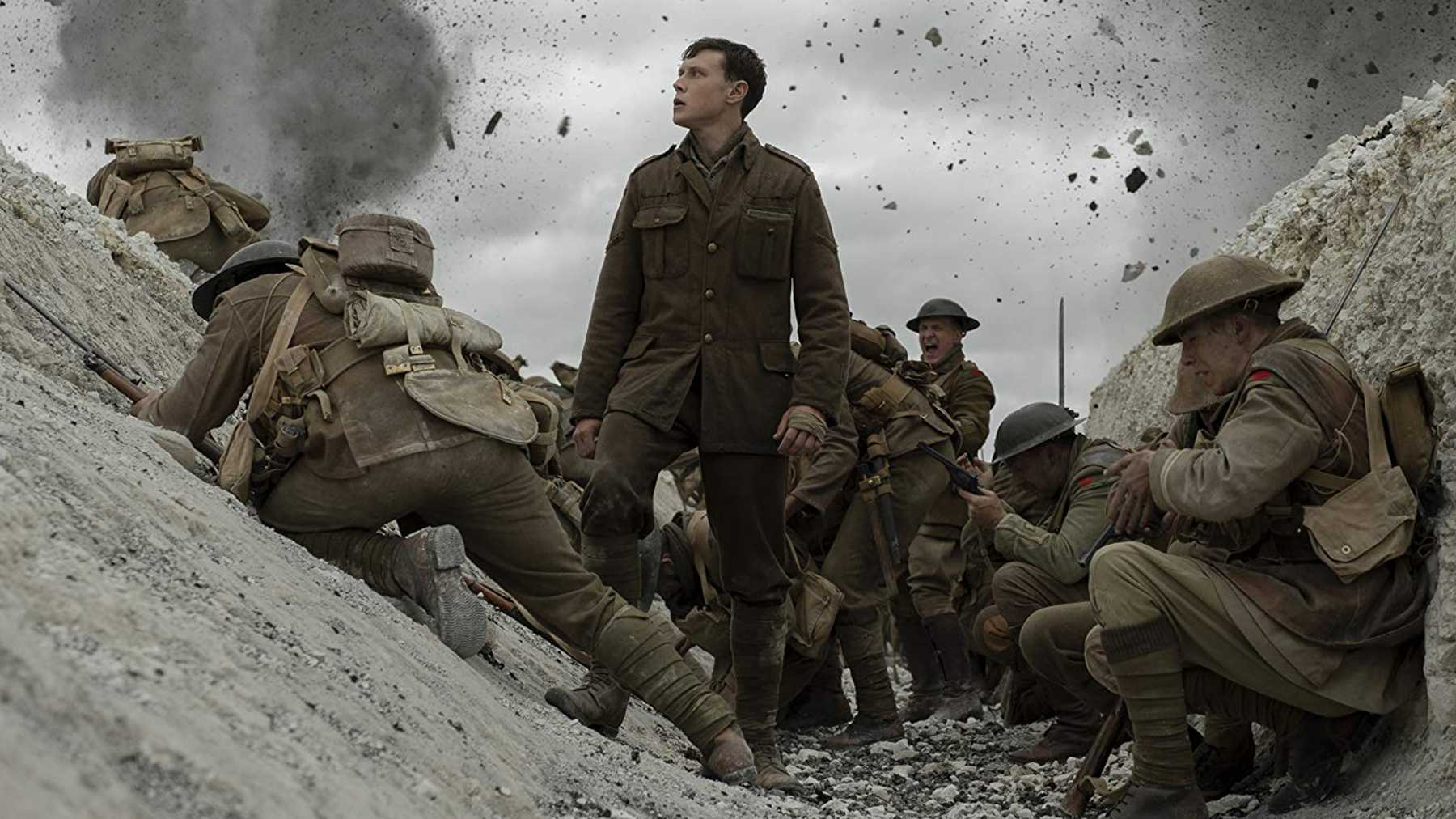 War films are one of the most prolific aspects of British film. Whether it is World War I or World War II, there has been many movies that have covered a lot of aspects of the war.

I mean – yes – history needs to be taught and there are so many stories which need to be uncovered but there isn’t a year that goes by without a wartime epic being touted to the masses.

This time it is Academy Award winner Sam Mendes who tackles the First World War with a technical gimmick – shooting the film largely in one-take.

However, unlike Christopher Nolan’s Dunkirk (another technical masterpiece that lacked a soul) Mendes 1917 excels. 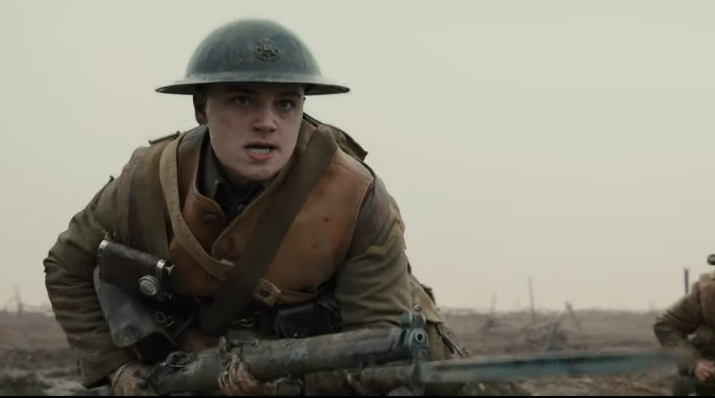 1917 tells the story of two soldiers – Blake and Schofield – who are given an urgent mission to hand-deliver a message to the 2nd Battalion. In the foxholes of France, the 2nd Battalion are poised to go-over the top but are walking into a trap. Through life-threatening situations, the two men set up on a perilous journey. Will they survive and save the Battalion from certain death?

Mendes’ film is being billed as a one-take film which is a lie. The film definitely has clear distinct cuts, especially one that movies the action from day to night. However, the technical fete of Mendes’ work is not to be unadmired. Long takes make up a majority of the film. This flair does make the movie feel more like a videogame; our two leads traipse into different rooms that occupy famous faces including Colin Firth, Benedict Cumberbatch, and Andrew Scott. Still, this effect only lasts for the first half an hour. The film really starts to take hold when it focuses on their two leads – Blake and Schofield.

Played by Dean-Charles Chapman and George MacKay respectively, the two actors are gripping as the journey through No Man’s Land. Despite their different personalities, Schofield is more of a reserved character, dragged along into the job through his loyalty to Blake. MacKay is brilliant as a quiet man troubled by the war and the atrocities he has seen. He has moments of humanity such as caring for a child or giving up his rations – it is a stirring performance. The same goes for Chapman who is phenomenal as the talkative Blake, regaling his stories and determined to find his brother. The pair have a great chemistry together which allows this story to work. 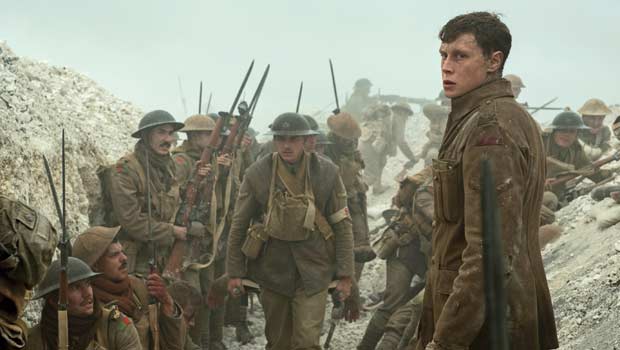 1917 is a gruelling experience Mendes does not shy away from showcasing the grim realities of war. As our two boys head over the top, they encounter abandoned bodies, rats, and constant gunfire. It is a detailed yet horrific look at war that doesn’t shy away showing the brutality of war.

Yet with stunning cinematography by Roger Deakins, there is also beauty in horror. Alongside the long-take camerawork, Deakins adds claustrophobic scenes of darkness that are only lit by the actor’s torches or illuminates a whole French village on fire which, despite it’s terrifying nature, is also reminiscent of movies such as Orphee flickering by the flames of orange.

1917 is currently a massive big award-contender. Its current Golden Globe win has provoked strong reactions – divisive on whether or not the film is deserving of the accolade. Though it doesn’t offer anything new in story, it is masters emotion in its long-take set-up and reminds you of the true horrors of war – the lives lost in horrendous, unnecessary ways.