Makoto Shinkai’s last feature Your Name was an incredible spectacle. A movie to be marvelled at which saw it celebrated across the globe, earning award-winning and is still spoken about in almost hushed revered tones.

Shinkai’s latest film, Weathering With You, may not reach the lofty heights of his previous feature, but still is a stunning standalone animation. 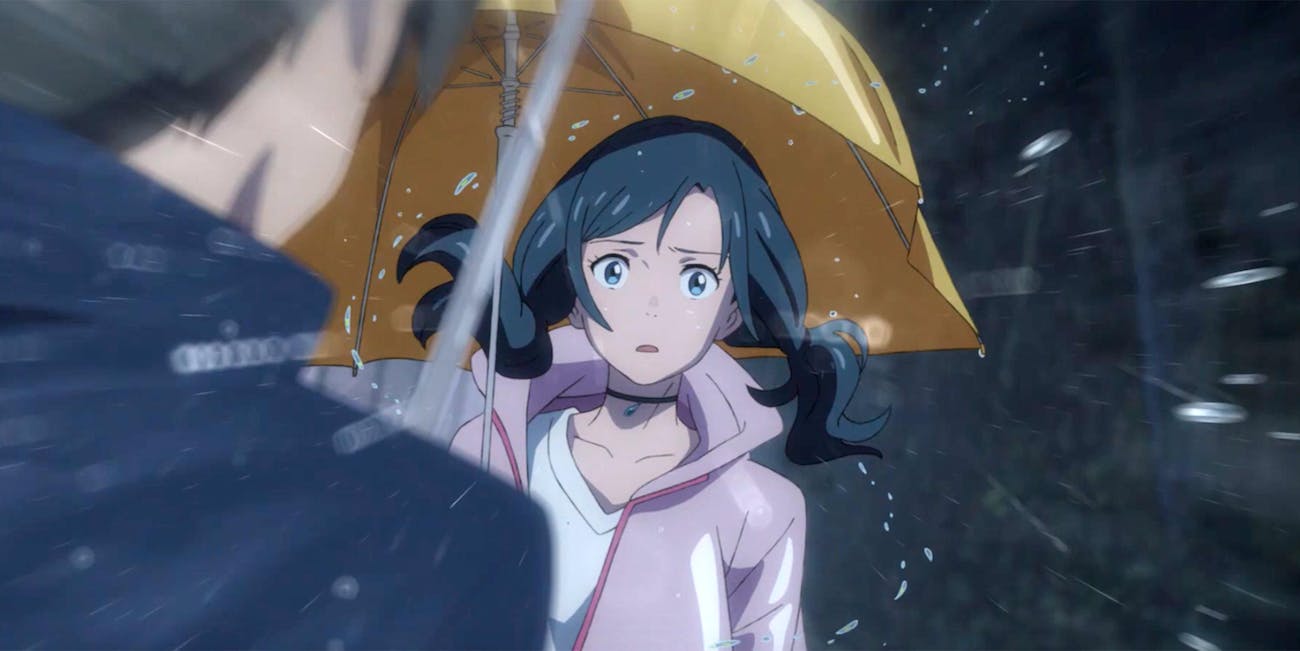 Weathering With You, based on Shinkai’s novel of the same name, revolves around Hodaka, a young high-school freshman who runs away from home and moves to Tokyo. Practically homeless, doing odd jobs to get by, he comes across old friend Suga. Luckily, Suga works at a magazine which looks into odd phenomenons. There, Hodaka comes across Hina – a young girl with the power to change the weather and soon she is enlisted to help get the city out of their very wet season.  However, they soon loon, that messing with the weather could lead to disastrous consequences.

Many would believe it ludicrous to head into a film constantly with the filmmaker’s previous venture on your mind. However, it is tricky not to compare: Barry Jenkins. If Beale Street Could Talk had harsh scrutiny comparatively to his Oscar Winning Moonlight, Robert Egger’s follow-up to The Witch is bound to head for similar scrutiny, and Tarantino cannot release a new film without everyone bringing up Reservoir Dogs or Pulp Fiction. Unfortunately for Shinkai, heading many will head into Weathering With You still thinking about the impeccable Your Name. It’s with this where the movie suffers.

Weathering With You is exquisite. There are animated sequences here that are breath-taking. A young girl falling through the sky with a bemused Tokyo waiting below sends goose-bumps down your spine. The captured rain-drenched city is similarly struck by colourful and character-filled animation.  The depth of the spectrum as the sunbeams strike the city through grey or orange tinted clouds will take your breath away utterly.

The film, however, takes its time to really kick in. Whilst the story really races on energetically, it does falter finding it’s starting blocks. It’s unfortunate because the second half of the film is so strong emotionally and artistically. When these moments come together, you’ll find yourself with enough tears to drown the entire city of Tokyo.

Again, some of this could be blamed on the high expectations set by Your Name. However, Shinkai’s brand new world of magical realism and sunshine girls takes such a long time to feel fully realised that some views maybe lost. If it were only a little quicker to shine it’s light, Weathering With You could be yet another Shinkai phenomenon.

Weathering With You is out on DVD & Blu-ray now!