Look, there has been a tentative relationship between books and films since the conception of cinema. Despite there being an obvious difference between the mediums, many people wail at shoddy adaptations. Whilst I agree that there has been some mismanagement in the past, sometimes movies have to cut chunks of the story or alter it for a cinematic narrative, there are glorious book depictions on the big screen.

It’s just a massive shame that The Goldfinch isn’t one of them.

The movie, directed by John Crowley and based on the Pulitzer Prize winning book by Donna Tartt, revolves around the young Theo who loses his mother in an explosion. When he is carted to a wealthy family, he believes he has found a new home only for his father to come back into the picture. However, Theo has a secret. Stricken with grief, he struggles to get by, leaning towards the comfort of his Ukrainian friend Boris and an assortment of drugs. Growing up, Theo’s trauma and addictions effect his everyday life. Can he ever recover from the death of his mother?

The Goldfinch in essence is one-part mystery romp and another part stunning ode to mourning. John Crowley plays with time which hammers home Theo’s PTSD and suffering. The idea that an awful memory lingers just below the surface is played with striking effect. Though it is tricky at first to get to grips with the massive time jumps, it works in establishing the core of Theo and the mystery that slowly unfolds with each flashback.

The problem is that it comes across rather dull. It’s a meditative piece about a boy’s grief but it doesn’t grab. It drawls along for two and half ours, repeatedly saying the same thing. It doesn’t help that Theo, despite going through a lot, is a rather bland character. He just has this one note melancholia that seeps throughout the film. Have you ever sat for two and a half hours listening to someone bang on about how goddamn miserable things have gotten? You can do it for an hour, but the maudlin energy drags. This is the same for The Goldfinch.  There is nothing much more to that. It doesn’t help that adult Theo is played by Ansel Elgort who has no charisma with the character or script. 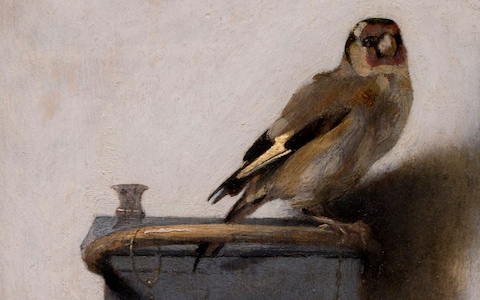 Oh, and there’s also Nicole Kidman, Luke Wilson, Jeffery Wright, and Sarah Paulson. Yet eith all that star quality, the film is a dud.

The Goldfinch has a lot of great components: The look and feel of the film, established by acclaimed cinematography Roger Deakins, is gorgeous. The score haunts in this beautiful way. There’s a lot of invention with how the story is being told.

There is just no chemistry between the elements – No spark. And unfortunately it makes for a rather dull viewing experience, failing to fly pretty early on.

The Goldfinch is out on DVD & Blu-Ray now