Elijah Wood is one of the most interesting actors. Leading an incredible popular franchise such as Lord of the Rings could’ve set him on a path of stardom. However, instead, he funds, produces, and stars in weird cult-like movies and horror films. Not only that, but he puts his all into every performance. When a story as juicy as Come to Daddy meets a tour-de-force performer like Wood, then it produces such a magnificent and highly enjoyable film. Ant Timpson, producer of such cult delights such as Turbo Kid and The Greasy Strangler, is in the directors’ in this his feature debut. Come to Daddy revolves around Norval, an LA “musician” who is sent a mysterious letter from his estranged father. Visiting him in a remote cabin by the sea, Norval’s father David is initially delighted to see him but soon dissolves into vulgar insults and taunts. When David, unprovoked, attacks Norval, David suddenly dies of a heartache. Grief-stricken, Norval has to wait with the body until his mother arrives. However, all is not as it seems and Norval is about to discover exactly what type of man his father was…

Elijah Wood excels as the selfish and coddled Norval. Performing as an LA scene kid, born and bred in Beverley Hills, Wood’s character is oafish and somewhat unbearably. Norval’s initial behaviour can only be akin to Dan Levy’s terrific performance as David in Schitt’s Creek – a fireside confession is a great showcase for toe-curling discomfort and hilarity between the hipster Norval that Wood portrays and Stephen McHattie’s deliciously dishevelled and evilly embittered David. 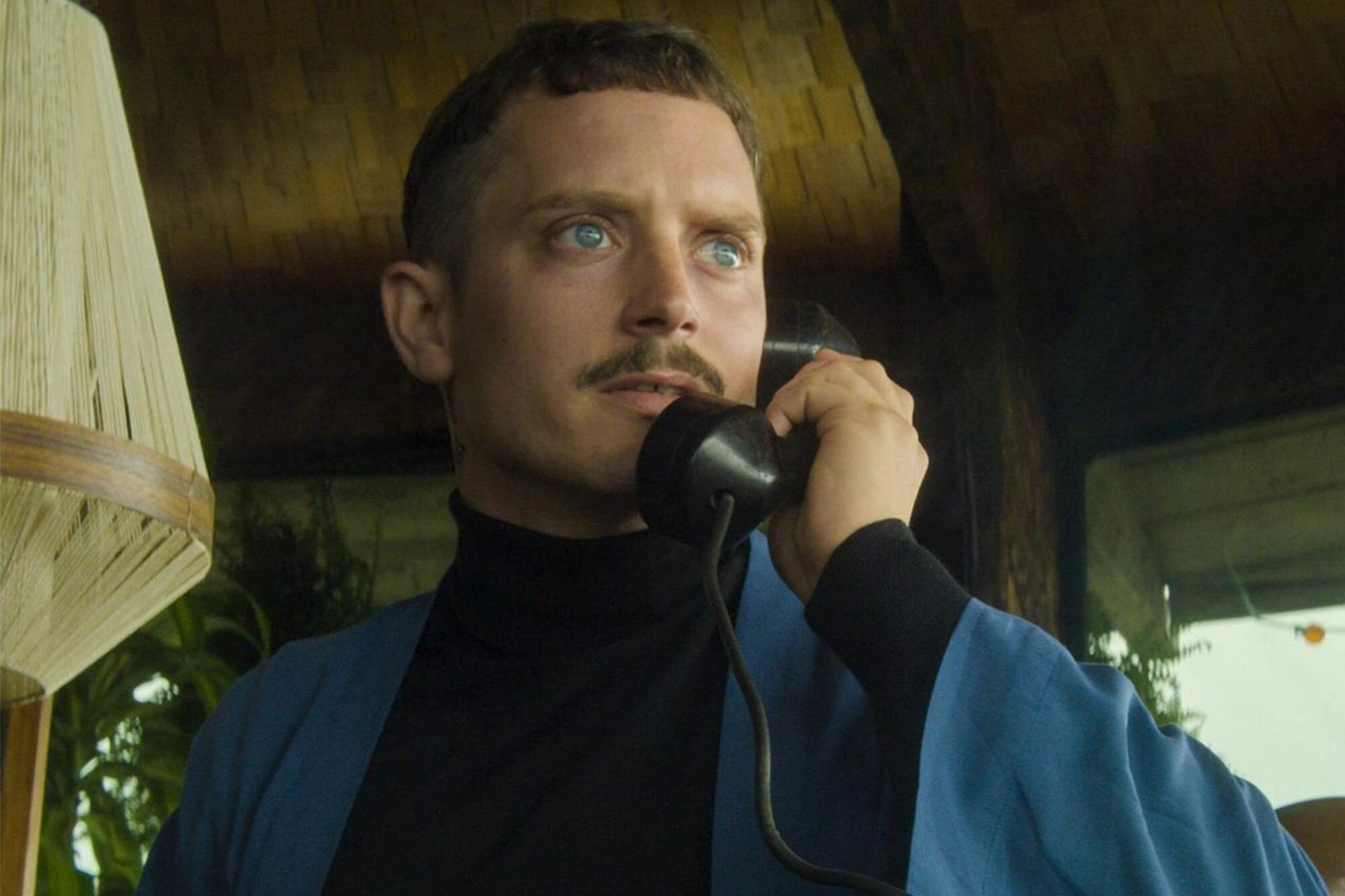 Norval is out of his depth with his rogue and rough father. He is further plunged into chaos as the horror unfolds in his father’s home. Wood, with his distinct blue wide eyes, tackles both the egocentric Norval and a more innocent side to him who, after his own serious issues, just wants to connect with his father and resolve open issues. Wood is great at making Norval an absorbed yet entertaining and empathic lead.

The support is great with Madeline Sami (from the glorious Breaker Upperers) and Martin Donovan. However, propos has to go to the superb Michael Smiley for delivering the funniest line in the while film.

Twisting and bizarre, Timpson brilliantly racks up the mystery. There are scenes of absolute embarrassment that keeps the two men at odds with one another. But after the death, Timpson makes sure to unravel the puzzle slowly, keeping you enthralled in this great story. It goes in weird directions and is wonderfully unpredictable. The way the film holds back information until the climatic fight is brilliant.

Yet Toby Harvard’s script, as bombastic and strange as it may seem, has a lot of soul. Come to Daddy explores that crucial patriarchal father and son relationship even though it is pushed to the extreme. The movie is really about resolving past mistakes as well as missing parts of you and the final scene is every bit as emotive as it is a conclusion to the violent and bizarre film before you. Balancing the humour with the horror with the heart is no easy fete and Come to Daddy truly excels here.

Come to Daddy is utter fun. It’s a film that you are best watching without any knowledge (sorry.) Though the film lacks its killer-punch when it moves the action out of the lodge, it is still an amusing adventure.