Controversial films have been part of the cinematic legacy. There has been an abundance of movies that have been banned for one ridiculous reason or another. Monty Python and the Life of Brian was attacked by religious zealots, The Exorcist was seen as a blasphemous horror, and most recently The Interview saw its satire of Korean dictators heavily criticized.

But do you know what they say about bad publicity? It usually generates buzz. The Hunt, a movie about people hunting, caused outrage when its first trailer was released, particularly after an US shooting. Delaying its production, The Hunt has then tried to monopolise on the controversy (corona virus permitting.) With all this “anti-hype” surrounding it, can this film provide an entertaining satire?

The Hunt revolves around a group of twelve strangers who wake up in the middle of a forest, gagged. When they come across one another and a crate full of weapons, they are bewildered until shots fire and they realise that they are being…well…hunted. Turns out, a bunch of disgruntled liberal elites are hunting anyone they see as deplorable. However, it seems they may have taken the wrong person with the resourceful Crystal…

Directed by Craig Zobel, The Hunt is an interesting film that is filled with much political commentary and black comedy hilarity. It’s message is clear; far left liberal elites and far right whack jobs are just as bad as each other. The problem is that this message is shoved entirely down our throats with quips such as “Climate change is real!” or “These refugees are crisis actors,” in case we were not sure what is conveyed here. It is heavy-handed with its approach. 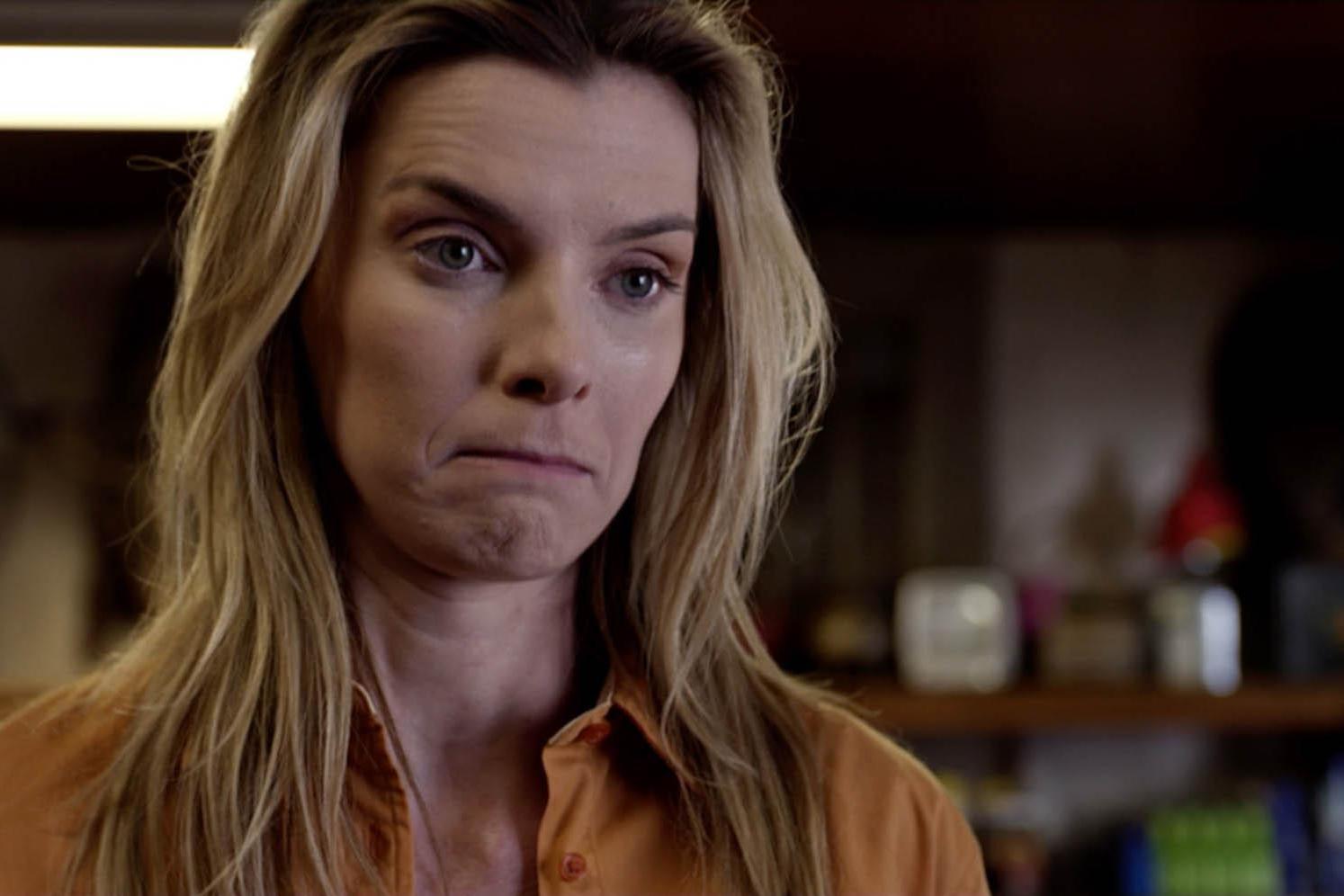 The biggest crime at all is that, whilst the message feels ham-fisted, the film sits in this middle ground that is somewhat tedious. It does not relish in the mayhem as much as it should and yes, I am saying that about a movie which spears a woman twice. There are moments that feel underwritten and just fine.

That’s not to say it isn’t entertaining, especially this huge climatic fight sequence that is both witty and punchy, almost breath-taking in places. The greatest elements here are the red herrings it throws your way. I wish I could expand on that but its best to get you to see it.

Thank goodness for Betty Gilpin and her absolute talents. As Crystal, she is such a brilliant character to follow. Smart and detailed, she brings her intuition to her survival. Gilpin, already proving herself a brilliant performer in the stunning GLOW, is outstanding here. The almost calm Crystal is intelligent but also has the best facial expressions you’ve ever seen, which adds to the hilarity.

When she is paired opposite Hilary Swank, it is such perfection that you wish the entire film played like those moments. Also, side note, Hilary Swank’s character Athena (an on the nose name for the wisest leader of the liberal elites,) is perplexing. It is almost as though they were building up to reveal her part but shamefully, she appears in all of the marketing materials. This was either the filmmaker’s intention or they could not afford Swank to be in more than two scenes.

Overall The Hunt is enjoyable in places but heavily misguided. It feels too much like a gaggle of writers got together and frothed at the mouth to provide the internet with something to get angry about. It’s just – if you are going there, go the whole hog.

Instead, The Hunt just feels like a piggy in the middle.

The Hunt is out in cinemas now!