It feels like it’s been a long time since we’ve had a good trashy thriller. Not a dark, brooding one, but a romp. A thriller for the masses that is filled with so many bonkerballs twists that you cannot help but love it. A thriller with two massive names in the front, spatting with emotion and precise dialogue. A thriller that instantly grips you and entertains you until the end.  It feels like it has been a long time since we’ve had a thriller like The Good Liar.

Directed by Bill Condon and starring Ian McKellen and Helen Mirren, The Good Liar revolves around seasoned con-man Roy Courtney. He has many cons going on but his main game is to siwndle, widows out of their cash. His latest target is Betty – a widowed woman sitting on a small fortune. However, as he gets closer to Betty, could Roy have gotten himself into deep?

Ian McKellen is clearly having the best time playing an absolute bastard. That’s not a spoiler as it is pretty clear from the beginning that this is a villainous character. His deceptive tongue and manner is reprehensible. He is a smarmy character, snake-like in his approach and Ian McKellen fluidly flits through the personalities to coil around his victims before he swallows them whole. As his lies come tumbling down, McKellen is enticing as he tries to slither away.

Helen Mirren is phenomenal as Betty. It’s really her mastery that has the make The Good Liar work.  Without giving anything away, Mirren’s lonely and very head-strong character is an intriguing one and her own duplicitousness is just as enthralling as McKellen. It’s really Mirren who cinches the prize in The Good Liar.

Bill Condon’s direction and Jeff Hatcher’s writing make for an idyllic pairing because they are astute enough to keep their cards close to their chest. It’s almost rhythmic in its unfolding, with the final blow playing like a dramatic tango in a devilish musical. Each beat is well managed and where it takes you is unpredictable. There’s some gorgeous cinematography too, using London and Berlin as impressive backdrops. Condon has a great use of space to tell a story, to seep them with details of the character, the most important one being Betty’s bungalow. The cleanly and typically old colours of woman’s home broods. Condon has impressive shots to keep the action flowing. 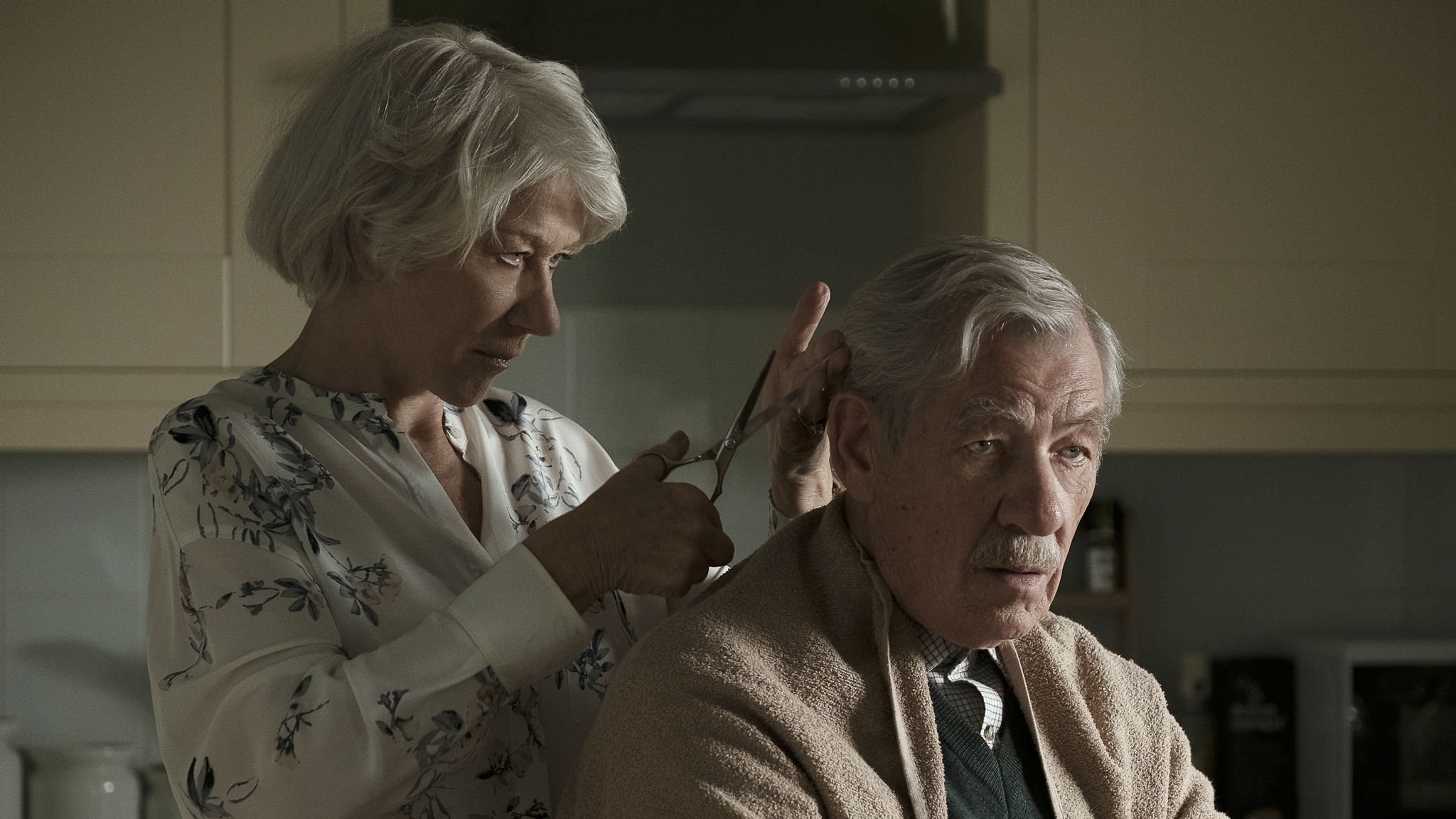 One particularly striking shot makes Betty and Roy’s business dealing look two people marching towards a marriage (or perhaps someone’s doom) or the winding roads of Betty’s estate – a possible synonym for the stories curving plot, leading to Roy’s comeuppance. The film turns through this beautiful and impressive cinematography and set-up.

With all these threads weaving together, The Good Liar is an irresistible thriller. It’s an exciting and engaging piece with two master actors at the helm, pulling you along for an amazing ride. Brutal and beautiful, The Good Liar is a Good Thriller.

The Good Liar is out on DVD & Blu-Ray now.