The Victorian Era is a fascinating era to portray on film. The crimes, the outfits, and the gin-swilling antics have all become highly recognisable on the big screen. However, when capturing the smog, dirt, and human indecency, no movie compares to David Lynch’s The Elephant Man.

Based on the memories of Dr. Frederick Treves and his work with Joseph Merrick (named in the film as John Merrick,) the film follows Treves and Merrick’s friendship during the late Victorian era. Merrick suffers from a severe deformity that has seen him chained up in a circus’ and freak-shows, earning him the title of The Elephant Man. Treves, however, wishes to liberate him and help him live as a free man as a patient in London Hospital. Soon, Merrick becomes the centre of attention of London’s Elite, but has he swapped one freak-show for another?

David Lynch directs this movie with heart-felt sentimentality as well as intellectual pulp, digging into the heart of our social conscious. Steeped in gorgeous black and white cinematography by Freddie Francis, The Elephant Man is a stunning look at the Victorian Era in its grittiness. Cobbled streets and filthy markets to upper class opulence, Lynch does well to bring to life the different sides, charms, and facades of Victorian London. 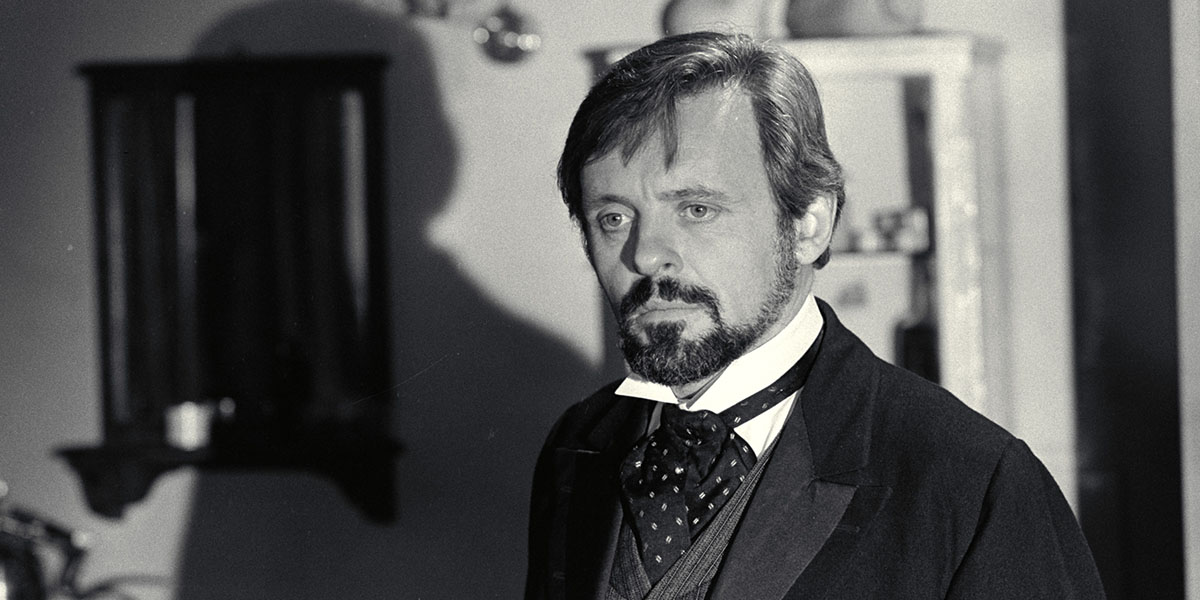 Long before The Greatest Showman danced and sang with the themes of “This Is Me,” Lynch’s work here made massive strides. As Merrick collapses in the middle of the mob screaming “I am not an animal,” the film captures our insidious nature against people who look different from us. Whilst it is easy to look at the viciousness of Victorian London, it is still a prevalent attitude – to prod and poke at people who do not adhere to the general consensus. Similarly, to how Quasimodo is treated in The Hunchback of Notre Dame, The Elephant Man becomes a comment on the horrors within human nature: What makes us monstrous? It is definitely not our outside features.

Lynch’s movie also tackles how Treves’ good intentions could warp and how inadvertently Merrick became an attraction once more, swapping stages for high-society.  As Treves is berated by Merrick’s nurse for treating him like a trophy or a treasure (like Merrick’s previous ‘master’ Bytes,) Treves’ has to examine why he ‘discovered’ Merrick and chose to put him on display again, even if it were in a different manner: Was it to liberate the man or to gain respect in his doctor’s circles?

Many have lauded John Hurt’s centric performance as Merrick, which earned him an Academy Award nomination. Covered in make-up, which incidentally prompted the creation of a Make-Up and Hairstyling Oscar, Hurt manages to convey Merrick’s emotions. Perceived initially as a man also with learning difficulties, Hurt strives to showcase Merrick’s intelligence as well as his emotional components. There is a fear and damage but also hope and delight. Merrick manages to create a friend from anyone who meets him. In moments of anguish, Hurt is pained and that is conveyed greatly but so is love and life.

That being said, as superb as Hurt is as Merrick, one cannot keep their eyes off Anthony Hopkins as Frederick Reeves. There is a rhythmic naturalism to his Treves as it bounces through the film. He is earnest and courteous but also struggles with his own views of Merrick. As he rolls with the dialogue, winking softly at nurses or fumbling over secretly snuck dishes, Hopkins is absolutely glorious to watch.

With dreamlike moments of surreal realisation, The Elephant Man is not without some of the more known Lynchian trademarks. There are moments where the film loses steam; Merrick’s sad kidnapping or another dinner somewhat exhausts the sentimentality this movie is trying to convey.

However, with great lead performances, brilliant cinematography, and a fantastic universal message, The Elephant Man could perhaps be Lynch’s greatest work

The Elephant Man – 40th Restoration is now available on DVD & Blu-Ray.
You can also rent it on BFI Player!