Imagine meeting your girlfriends parents for the first time with the sole intention of killing her father?

That’s the plot of the ultra-violent but blisteringly funny dark comedy Why Don’t You Just Die! Available to buy on Blu-Ray and Digital today, we were lucky enough to speak to director Kirill Sokolov about this feature debut!

This is a fantastic and crazy film, what gave you the idea?

I really wanted to make a fun movie. It developed from something growing up: This idea of a guy who wants revenge. I based it on a real life story from one of my close friends who was abused in her childhood. You hear that and you get this idea of revenge and how you would react in this situation. That transformed the story.

The story is told through flashbacks and character reveals; why did you opt for the non-linear structure?

I wound up with a problem half an hour into the script. I just had our main character sit on a sofa and do nothing. The movie must move forward so suddenly, after 30 pages, the main character changes. It was a weird idea and it worked. Suddenly there are now three parts to the movie and different points of view. It was very exciting.  I was also inspired by movies such as Pulp Fiction.

There’s a lot of blood and violence in this movie, how fun was it to film?

It was very fun. We had to invent every scene from nothing. In Russia, there’s no such movies and only, like, two FX guys. I’d go up to these dudes like ‘I need this fountain of blood two metres high!” They said “let us think,” then showed me some kind of special pumps and pressures and t was thirty centimetres. It was not enough. So we made it bigger. They created this special system with beer cans and pressure bumps and we wound up having this high fountain. We had to invent it all from nothing!

What was your favourite death to film?

Without spoiling anything, there’s a really beautiful death that was inspired by Samurai movies with this spray of blood and fluid camera work.

That’s the other thing: There’s brilliant cinematography and inventive camera-work. What was the inspiration here?

I am a big movie fan and draw inspiration from other movies and other references. The best examples of this are like South Korean movies such as Park Chan-wook and Kim Jee-woon. I wanted to bring these colours into my environment. At the same time, you can find these colours around Russia. It feels like crazy shit to think how people can live with these rich green, reds, and golds.

Despite his character being a thug, Aleksander Kuznetsov is great everyman in Matvey, how did you cast him?

Aleksander was really popular in Russia, especially in the theatre. He has such great energy inside with a good sense of camera and comedy. He knows how to move. He can make you laugh with just one eyebrow. He’s a very good actor and you know he is going to be a superstar. You can just sense it. 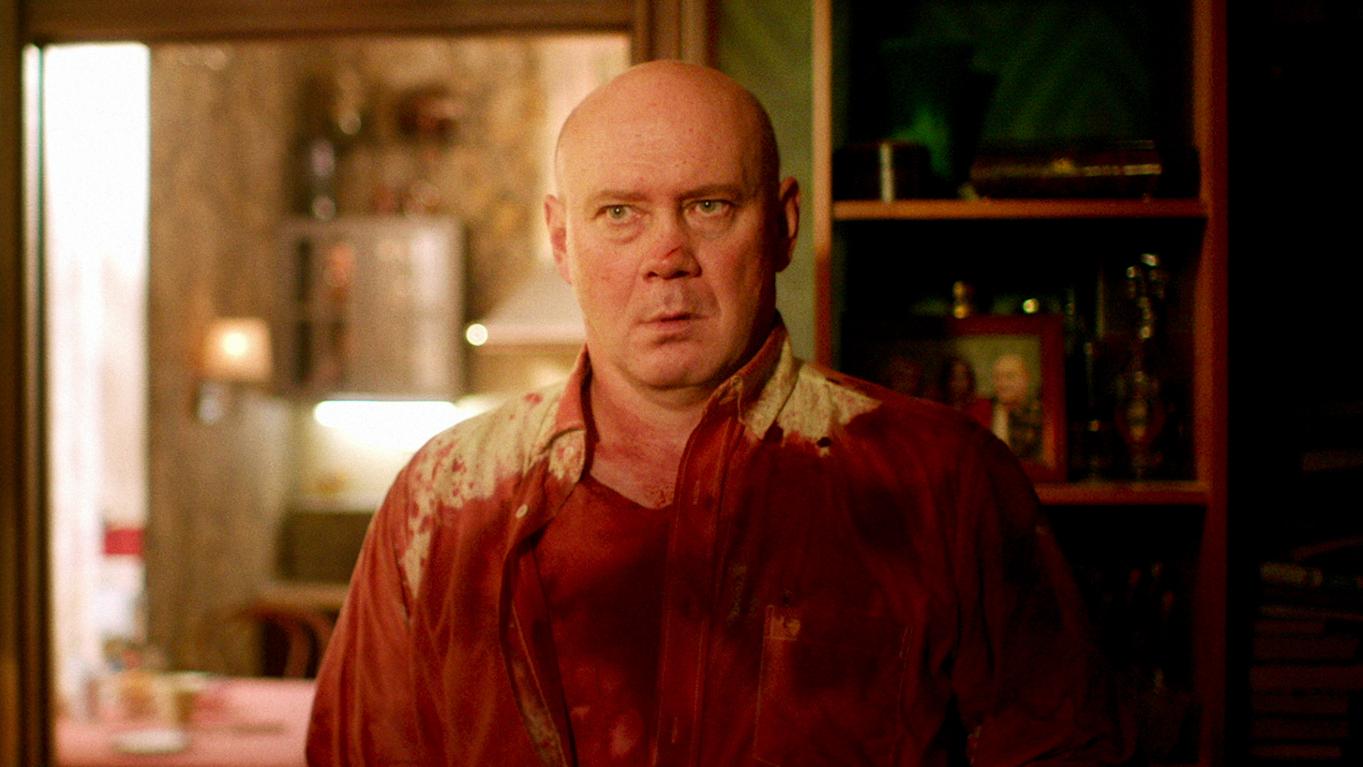 Then there’s the great Vitaliy Khaev as the imposing Andrey?

Vitaliy Khaev is amazing. It was fun to work with him. It was first experience like that. We spoke a lot about the irony and humour and how to play a joke or when to play it seriously. There was just a good feeling about him and how he worked with the other actors.

There’s a great balance with the crazed comedy as well as the emotional elements to this dysfunctional family. How tricky was it to get these components?

It is an eccentric movie. There are a lot of pieces taken from real life, which can bring you such crazy stories that you couldn’t even imagine. For example, the scene with the guy handcuffed in a bath is a true story! You can build a lot of comedy from real life.

But also there’s a lot of heart.  I like that there is no absolution for the father but there are some great emotive scenes. He is this real person in the end and there is both evil and humanity inside.

There is also a really vivid score, how was that developed?

It was a rather long walk because we had to get it right. So for some scenes we wanted it to be more easy-going. Then needed an Enrico Marrone type Western feel for the wild and violent bits. I am inspired by Scorsese who knows how to hide and show music.

Why Don’t You Just Die is out on Blu-Ray and Digital now!
Read our review!