To celebrate the upcoming physical release of the animated film Mortal Kombat Legends: Scorpion’s Revenge on the 27th April, we’ve provided a round up of everything you need to know about the key characters. And if you can’t wait that long, the video game adaptation is available on digital download now! 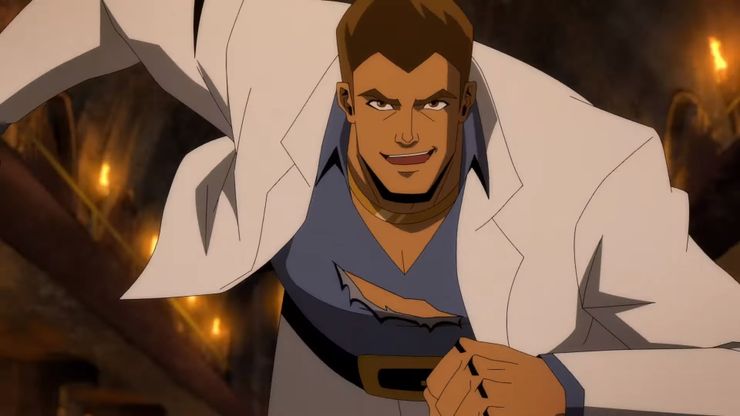 Jonathan Carlton AKA Johnny Cage was a struggling Hollywood action movie star who eventually became one of the most brave and loyal defenders of Earthrealm. In order to display his worth and prove himself to skeptical movie critics who failed to take him seriously as an action sensation, Cage entered the Mortal Kombat Tournament. Cage’s materialistic and airheaded antics and behaviour often irritates his allies.

Powers and Abilities: Superhuman powers means Cage olds ability to propel himself forward and increase the strength of his blows. General of Earthrealm Special Forces (OIA), Sonya Blade is a stern and fierce general. Sonya represents an emancipated female lead who presents a stubborn front, whilst also being deeply caring and empathetic about the lives of her close allies. She has a long-standing feud with the Black Dragon leader, Kano, who had murdered a former partner of hers, and stands for everything Sonya is against.

Powers and Abilities: Power to fire and manipulate pink-coloured energy 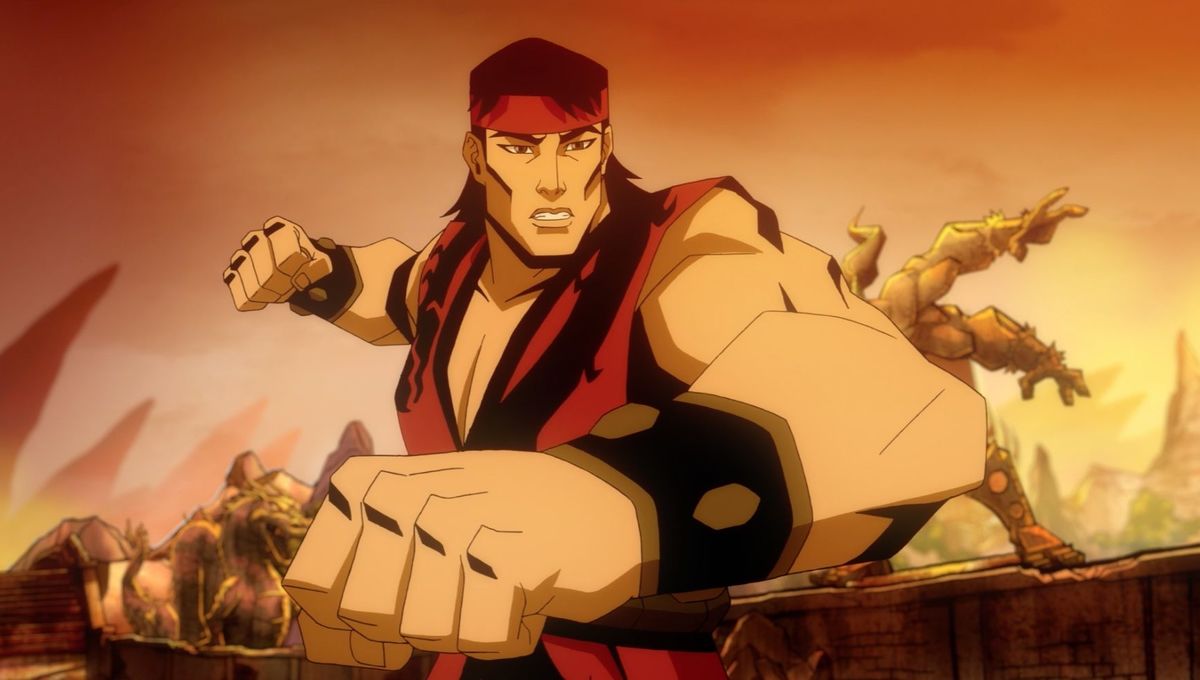 Voiced by Jordan Rodrigues
“I will win this tournament”

Liu Kang is one of Earthrealm’s greatest warriors and is generally portrayed as the main hero throughout the series, becoming the victor of the first Mortal Kombat Tournament. Throughout Mortal Kombat X’s story mode, though he is an unwillingly evil revenant, his behaviour portrays him as a self-centred, taunting and vengeful warrior. 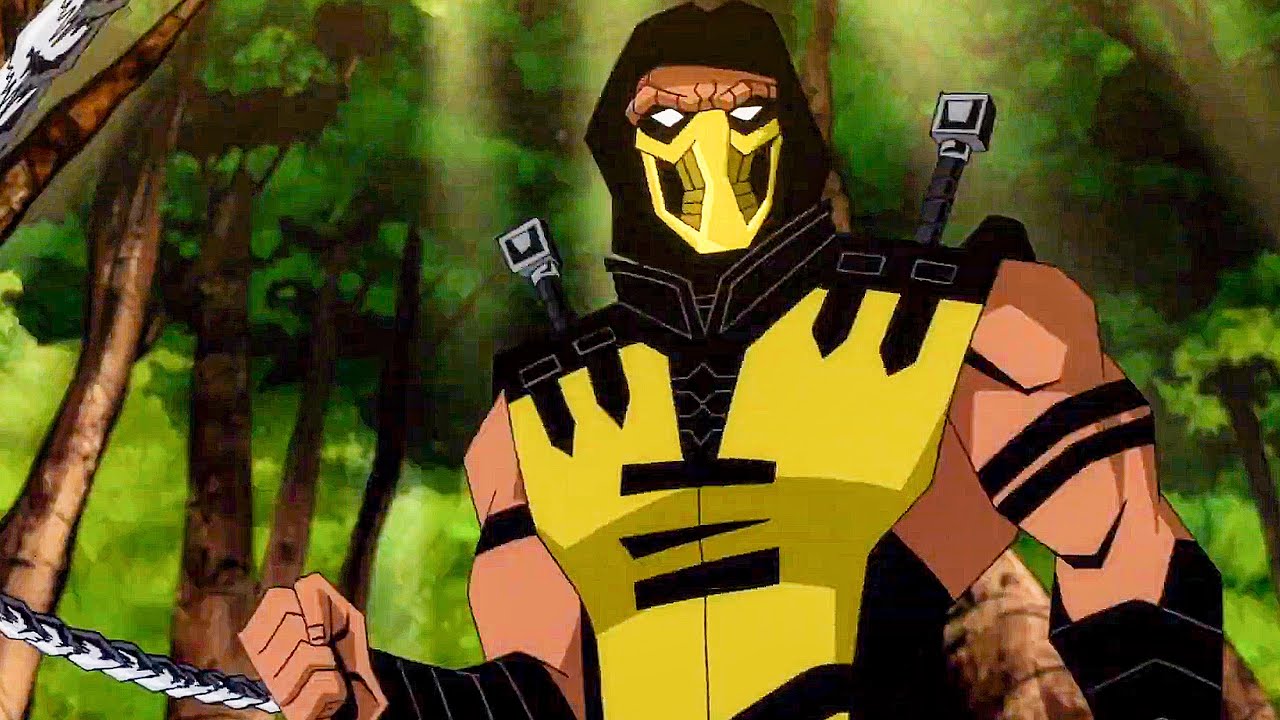 Voiced by Patrick Seitz
“Hanzo is dead, call me Scorpion”

Hanzo Hasashi AKA Scorpion is a hell-spawned spectre seeking out vengeance against those responsible for the butchering of his clan and the death of his own family. Despite his wrathful persona, he only joins the forces of evil when promised a means of resurrecting his clan on Earth.

Powers and Abilities: Immunity to hellfire

Voiced by David B. Mitchell
“If Shao Kahn wins this tournament, earth as you know it will cease to exist”

Raiden is arguably one of the most powerful characters in all of the Mortal Kombat series, being the eternal God of Thunder and protector of Earthrealm. On appearance Raiden appears is a tall man who wears robes and a straw hat, yet his radiating blue eyes emphases his god-like effect and power. 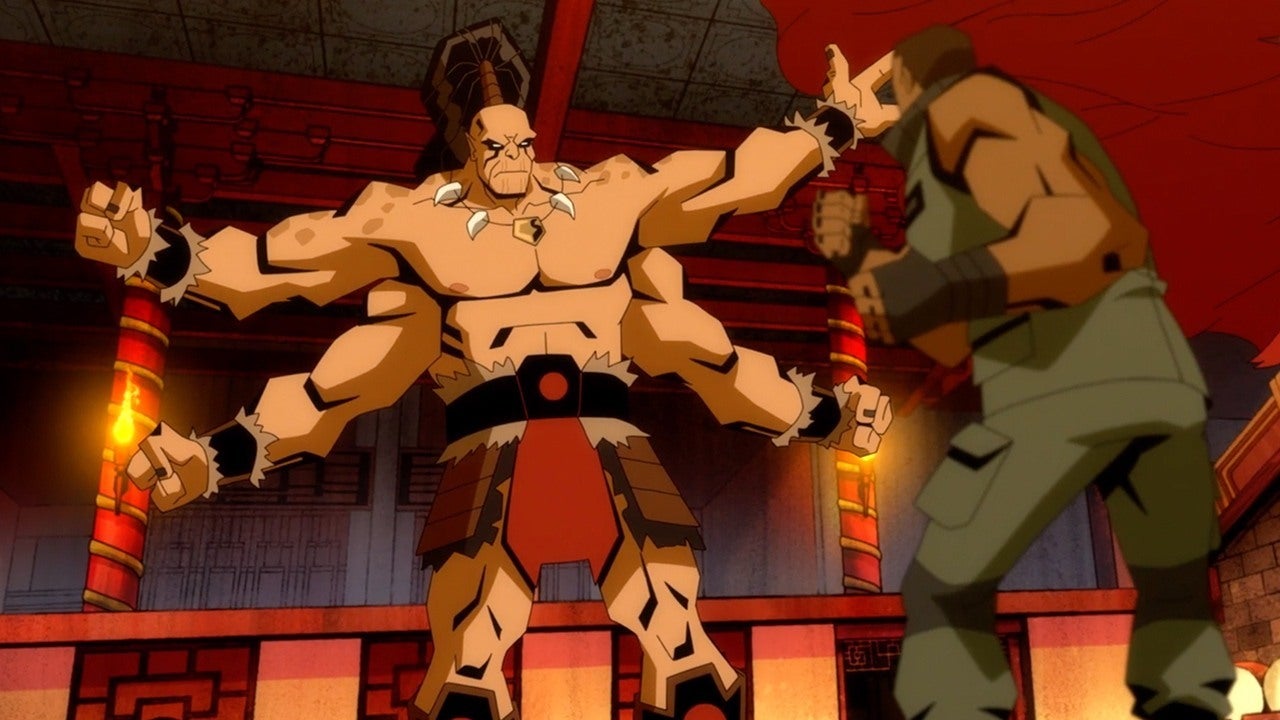 Goro is a loyal servant to the Emperor of the Outworld, Shao Kahn and has proved to be one of the most powerful warriors in the history of Mortal Kombat, winning 9 consecutive Mortal Kombat tournaments. Through Goro’s sheer strength, brutality and the belief that humans are weak, he has helped the emperor grow closer to dominating Earthrealm.