Once upon a time, in a world beyond our own, there was an article on Film Stories. Prompted by my love for Two Star Fantasy Films, I explored why I was fond of these adventures and why they are still valid in this cinematic landscape. Yet I was not satisfied by this adventure!

Through weekly podcasts and articles, I shall head forth on a quest to explore the magical and the mediocre as we explore The Middling Earth!

One of the more recent outings was the very misaligned fantasy epic The Last Witch Hunter. And I don’t mean to get personal but I fucking love every second of it.

Directed by Breck Eisner, The Last Witch Hunter revolves around Coulder, a Viking warrior who murdered the Witch Queen 800 years ago. However, in doing so, he accidentally became immortal. As the centuries pass, Coulder has spent this time battling other witches and magical creatures for monk-led group the Order of the Axe and Cross. When his Dolan (a watcher,) is seemingly murdered, Coulder has to face the possible new ascension of the Witch Queen. To fight her once more, Coulder enlists the help of the 37th Dolan, and witch Chloe. Can they stop the rise of evil once more?

The Last Witch Hunter is cheesy and somewhat prides itself in being so. Vin Diesel is not an absolutely incredible actor, and that’s OK because he is having the best time here. His stoic and monotone delivery is all this film needs, especially when he ekes out a cocky one-liner. Diesel always seems freer when wielding some sort of magic in a fantasy realm.

There is also a lot of flashbacks and, honestly, he has a badass Danish Viking look with incredible hair and that fleshes out Coulder’s emotional make-up.

The most genuinely enjoyable aspect of The Last Witch Hunter is Vin Diesel and Rose Leslie together. Leslie, as Chloe, is a rambunctious, daring, and fun witch but the friendship they have is great. Their chemistry throughout the action-packed film leaves you wanting more.

The action sequences have a brilliant flair to them, also, as the team battle in dreamscapes and hallucinations.

The story is insanely convoluted. There is clearer a longer and larger fantasy movie here (or series that never came into fruition.) It all seems sluiced down into 106 minutes that doesn’t work. You have to set up loads of twists and storylines, both past and present and storyline’s such as a villain reveal, don’t really work.

Also, The Witch Queen is a wasted villain who never really commands the fear and tension she should. It adds to the somewhat tedium that crops up in the movie from time to time, especially when it comes to all that exposition.

I don’t know how but The Last Witch Hunter could be shorter and longer all at the same time.

Is it a two-star fantasy film? 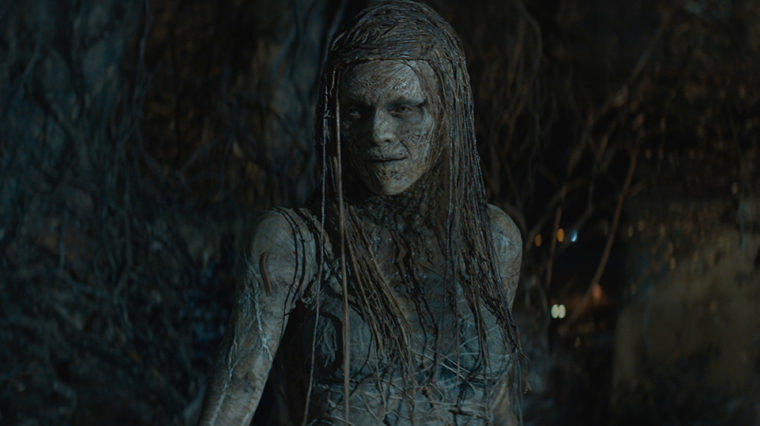 Absolutely. The Last Witch Hunter is brilliant for those who want to lose themselves in a world where magic is rampant and a bulky Vin Diesel stomps around trying stop evil. There’s the added bonus of Michael Caine and Joseph Gilgun in supporting roles too. It’s gleeful but has a subpar delivery where it is messy in storyline and script.

There’s a been a steady rise of fantasy flicks featuring an indie and slow-down version of a classic pop track. In that vein, we’ve gotta talk about Ciara’s absolutely banging cover of Paint It Black for The Last Witch Hunter. Moody and visceral, it is simply irresistible and exactly how we’re going to end this article.

What do you think of The Last Witch Hunter?
Let us know in the comments below!

The Last Witch Hunter is available on Netflix!