There are a lot of films in which the apocalypse has ravaged the world. In The Hunger Games, famine drove people to revolution and the wealthy turned it into a ruthless dictatorship that slaughters children yearly. In Water World, as you can defer from the title, the whole world is practically underwater thanks to the old polar ice-caps melting. Then you got your run of the mill diseases, your natural disasters, and man-made wars. And let’s not forget about zombies.

Basically, anything that could destroy the world has been covered in the movies. Even dragons. Yes. Dragons.

Set in 2020 (because this year hasn’t been apocalyptic enough,) Reign of Fire revolves around a tunneling project in London which inadvertently awakens dormant dragons. Quickly, the fire-breathing beasts takeover the globe. Leading a small group of survivors in England is Quinn, who was a young boy when the dragons rose. Soon their community is invaded by, of course, boisterous and arrogant Americans, led by Van Zan. With their arrival comes a whole new heap of problems but perhaps a solution to their pesky pest problem. 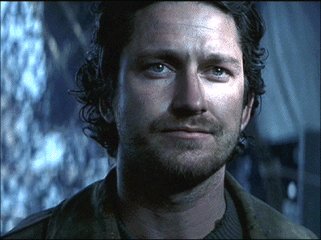 It is DRAGONS in the MODERN ERA.

The concept is insanely good.  DRAGONS in the MODERN ERA! What more could you wish for?

Most movies that feature such creatures are almost always set in a historical or mythical time. No more! The medieval folk and those Vikings do not have the monopoly on dragons anymore. I’m actually surprised this concept doesn’t feature more in modern movies because, as silly as this film is, it is smoking hot. Who doesn’t want to see a dragon flying around classic landmarks being snapped on social media? No one because it rules as a concept. Imagine the TikToks and memes that would be created if we had dragons just flying by setting fire to shit.

Surprisingly, the main actors here are Christian Bale and Matthew McConoughey, way before they scooped up gold at the Academy Awards. They do well enough. However, it’s Gerard Butler’s Creedy who steals the show. He is the only actor in this movie who is clearly having the best time, with his goofy sidekick grin and humorous one-liners.

Plus, there are some really exhilarating action sequences because, again I cannot stress this enough, it;s DRAGONS in the MODERN ERA! 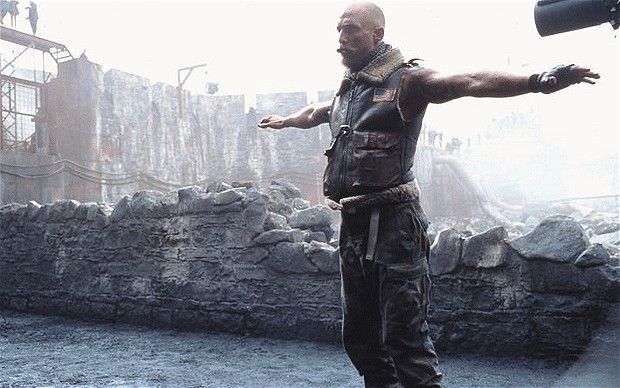 Oh boy, this film takes itself far too seriously. Despite coming out in McConoughey’s prime romcom movie era, he does not smile once during the whole entire film. He is the prime rib American with big guns and helicopters who is trying to save the wretched English from their plight. Because what we would we do without those damn Americans. Christian Bale cracks a few grins (his Bessie mate is Gerard Butler after all,) but he has these big monologues about the bad times they are in, told in an over the top cockney accent.

On top of this, the film’s new ecology brings forth many questions:

Why are dragons so obsessed with killing humans to the point that they specifically hunt them down?
Why is there absolutely zero colours beyond brown and pale blue?
Did the dragons destroy all pink and orange things?
How can the dragons fly with tattered holey wings?
Why is there just one main woman and why does she have an inevitable romantic subplot?

All these ponderings will bemuse you throughout the film. Although, Reign of Fire was filmed in Ireland’s Wicklow Mountains but an outbreak of foot and mouth disease in Europe stopped many planned scenes happening. Perhaps that is where the subtle exposition and answers to our questions lie.

Is it two stars?

Oh absolutely. The plot is as nonsensical as the cinematography is murky. There are heinously cheesy quips and improbable yet brilliant action sequences. The film was more hot steam then a fiery epic as critics gave it mixed reviews and grossed just $60 million on a $82 million budget.

Reign of Fire would’ve worked better as a series, I reckon. You could really develop the backstory and then slowly turn this into a dragon-addled world. You could give Van Zan an actual reason for being an absolute dick. Plus, hey, you could explain why all the animals are totally fine (like horses,) but humans are picked off like crispy chicken nuggets.

This fiery action flick is a good trashy romp, especially if you want to see pre-Oscar winners have a Gruff/Off over muddy lands as winged, scaly furnaces belt down upon them. Highly enjoyable fantasy stuff.

Even if no character actually says the title in a brilliant climatic ending line!

Reign of Fire is available to watch on Sky and NOWTV