Mister Rogers had been a staple part of American childhood for fifty years. With many generations, he has warmed the hearts of millions in the US and has become iconic for his kindly television series. Glazed over eyes, hands clutched on chests, and big smiles will probably occur if you mention his name to anyone in America.

Mention his name to someone in England, and the reaction is likely a shrug. Perhaps there will be a general nod of understanding; those who were alive when possibly his influence glided across the Atlantic or those who saw last year’s documentary Won’t You Be My Neighbor?

Even now, with Tom Hanks taking on the cardigan, the “who?” of it all lingers like a sour note. But that’s about to change with Marielle Heller’s stirring A Beautiful Day in the Neighborhood. 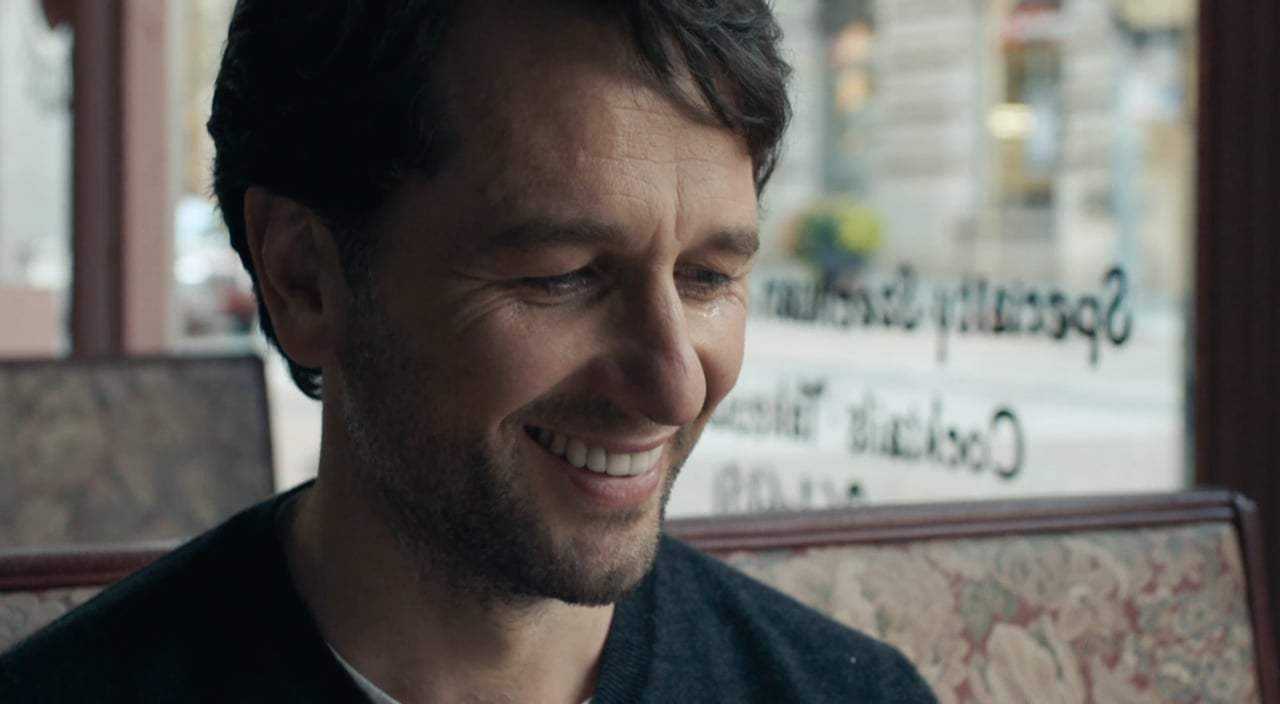 Based on Tom Junod’s Esquire profile of Fred Rogers, A Beautiful Day in the Neighborhood revolves around a dejected and cynical journalist Lloyd Vogel. With a brand new child causing teething problems, and a deep-seated anger at his estranged father, who recently returns to his life, Vogel begrudgingly accepts an assignment to cover Mister Roger. Flying over to Pittsburgh, Vogel is annoyed when he meets the overtly nice and polite Fred who deters any serious questions and focuses on Vogel’s own troubled life. Can Vogel find his story? More importantly, can he reconcile his troubled relationships?

Framing the movie as a Mister Rogers episode, in which the cityscapes are trainsets and Vogel’s subconscious floats in and out of puppetry, Heller crafts a brilliantly vibrant telling of Fred Rogers through the eyes of a broken man. With these great flourishes, A Beautiful Day in the Neighborhood brims with delight like a classic Spike Jonse music video or, indeed, Mister Rogers himself.

Welsh actor Matthew Rhys, best known for his Emmy-Award winning performance in The Americans, is perfect as Lloyd Vogel here. Weary and beaten down, wearing his anger on the tip of his tongue, Vogel has spent his life running from or fighting his issues instead of tackling them. Rhys perfectly captures this character – his dry wit, cynical eye, and above all this, his seeming tiredness at the whole entire world.

When you match this against Tom Hanks’ Fred Rogers, you can grasp why Rogers’ politeness is abrasive to Vogel. Hanks, as always, slips into the costume of Fred Rogers as though he were putting on a warm glove. He gets the main crux of Rogers but also allows a real edge to the character. The pair give and take throughout making it a brilliant watch. Chris Cooper plays Jerry, Vogel’s father who has reappeared in Lloyds life. Jerry is the catalyst which sends Vogel on a spiral yet it’s clear Lloyd is hurt and wounded, lashing out because that’s the only thing he can do. The three actors spar in different ways but the problems and solutions are the same – listening and understanding.

In a heated world, torn politically and socially, it may be naïve to present a film that coddles and cuddles with the primary subject. Yet this isn’t a fluffy piece; as with all of her films, Heller, alongside the script by Micah Fitzerman-Blue and Noah Harpster, tackles difficult issues underneath all characters. The movie also looks at Roger’s temper and his struggle to develop a relationship with his son through his fame as a TV personality.

That’s not the point of the film – Fred Rogers wasn’t born saintly, it’s clear that no one wants to brand him as such. Instead, the story is a powerful journey into forgiveness, understanding, and acceptance. How being a kind person isn’t easy, it’s work – hard work – and if you put in the time, you’ll get the joy from it. Like Lloyd, you could easily bristle at the overt friendly nature of Fred Rogers, but let it sink in.

Maybe in a world where we’re leaning towards a homicidal clown, we could use someone as kindly as Fred Rogers, and indeed Tom Hanks, teaching us to be kind.

A Beautiful Day in the Neighborhood is out on Digital, DVD, & Blu-Ray now!