Apatow certainly does his white male losers and stoner comedies. The 40-Year-Old Virgin, This is 40, and heck, even white women get a look-in with Amy Schumer led Trainwreck. Any overgrown mess of a human gets a chance for redemption in an Apatow movie.

However, this time feels less like a raucous comedy akin to Knocked Up and more like Apatow’s phenomenal Funny People back in 2009.

The King of Staten Island looks at Scott, a 24-year-old man who still lives with his mother Margie. Stoned most of the time, with a dream of being a tattoo artist, Scott spends most of his time dicking around with his friends or hanging out with “girlfriend” Kelsey. When his mother starts dating somewhat aggressive firefighter Ray, Scott struggles to come to terms with the new dynamics in his household.

Co-written by SNL’s Pete Davidson, The King of Staten Island is a semi-autobiographical take on Davidson’s life, who lost his father during September 11 attacks and battles with mental illness.  David excels in the centric role of Scott, whose life has not gone the way he wished – if he even has never really wished for anything. There is an empathy to Scott, even if you are irritated by his layabout ways and Davidson truly taps into the mind-set of his character (or, if by proxy, himself.) Still dealing with the loss of his father when he was 7, his sister moving to college, his stoner friends, and this new man in his mother’s life, Scott feels like a failure. With his depression and ADHD, Scott is constantly in the way of himself and never talks about himself in positives. It’s in these nuances that Davidson shines and draws you into Scott’s tale. 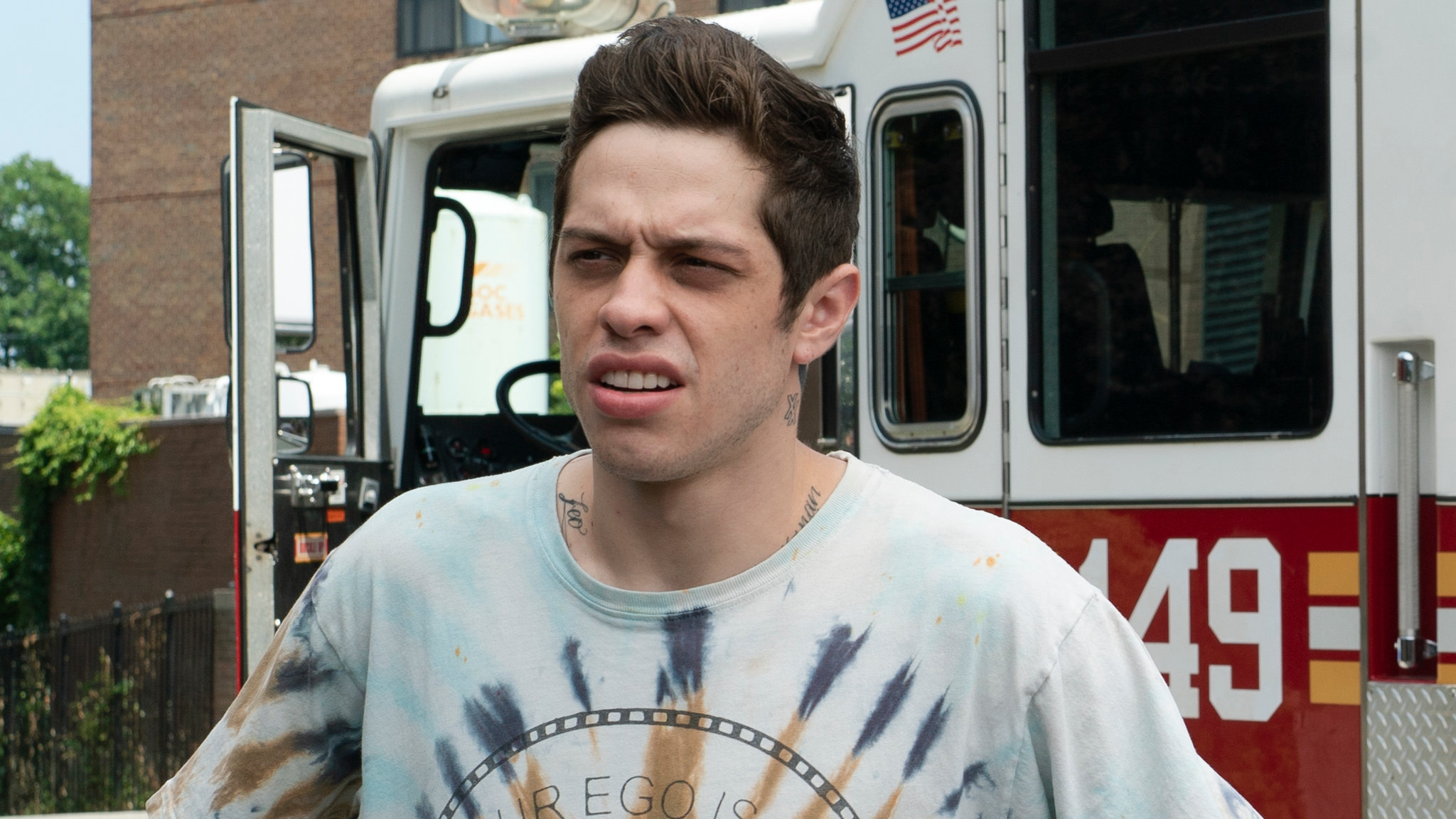 The biggest problem with The King of Staten Island is that the movie is too long. It’s not just that the story doesn’t carry enough weight to warrant over two hours of adult adolescent nonsense, it’s that it hampers Scott as a character. It waits until the final half an hour to properly turn him around. After two hours, that’s an exhausting amount of patience to put on a character who, in spite of his likeable loser charm, fails the people he loves and the people who are around him. While you care about him, sometimes it isn’t enough, and you become just as exasperated as Marissa Tomei’s Margie – mother to Scott (which Tomei plays expertly.)

Still it is a kind of perfect summer comedy/drama for this hazy summer nights and long pandemic days. Pete Davidson injects his own spirit into the movie and crafts a character that only he could play. In spite of its length, there is proper heart to this movie. With his original nature, you do have some warmth to Scott. Especially if you are willing to dig a little deeper into his self-deprecation, ambitions, and the grief he still clings onto. There is further great support from Bill Burr and Bel Powley as Ray and Kelsey respectively, aiding Scott in getting his life together.

However, this is Davidson’s film, after all. And as the title suggests, he is king.

The King of Staten Island is available out on DVD & Blu-Ray now.