I adore cats. Every little purr and every unfortunate clawing makes me brim with glee and go all mushy over the creatures. People get the wrong impression that cats are too cold. True, if they aren’t used to you or rightly judge you as the imbecile of a human that you really are -you’ll get a bunch of cold-hearted stares that ice your soul. However, if you pet a cat right, love it and adore it, it will love you back. Even if it is at the most inappropriate times. Because if it’s going to love you, it’ll love you when it wants to.

To celebrate International Cat Day, we’re look at the best cats in films!

(Note:  I’ve kept it to house cats because going through wild cats and their awesomeness would be just too long an article)

Ginger. Scottish. Murderous. A Prick. Mr. Whiskers definitely encompasses the darker sides of cats in the cinematic outing The Voices. What’s more, Mr Whiskers is a realist. He represents the side to our sweet natured murderer that we’d all want to be – honest, truthful and unashamed to say how we really feel. He has a whole abundance of sick jokes that tickle you in many ways and he still stands by Jeff when he’s owner’s predications become more criminal. Not to mention that he is voiced by the ridiculously good looking and hilarious Ryan Reynolds. Mr Whiskers is all action and no thumbs which make him a riotous pet to rally behind 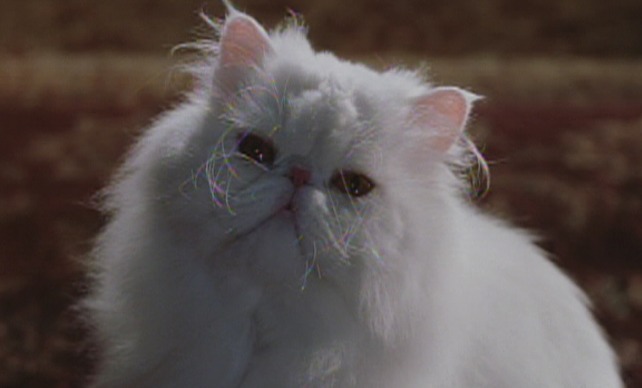 There’s something about fluffy white cats AND evil villains. But what happens when we roll them into one? You get Mr. Tinkles, of course. Despite having a ridiculous name, bestowed onto him by his human pets, he is a vicious leader who will stop at nothing to keep dogs from being man’s best friend. Even if that means sabotaging a brilliant scientific breakthrough and turning the entire human race into a sniffling bag of bogeys when they see a pup. Unfortunately, his plans are scuppered by a team of mean spy dogs who are hell bent on sabotaging Mr. Tinkles’ plan. Voiced by Sean Hayes, fantastically, Mr. Tinkles is a pet to be reckoned with.

If there is one thing better than cats, it is Oscar Isaac holding cats. The Coen Brothers’ film tells the tale of a disgruntled musician living from couch to couch through New York, trying desperately to keep the music going. Charlie the Cat plays Ulysses, which denotes the cyclic nature of the film, and plays a major part of the film, having to board with Llewyn for a couple of days after he runs away with him. Inspiring the most bemusing part of the film as his owner wails “Where’s his scrotum?” (which, technically, isn’t about him but the random cat Llewyn confuses for Ulysses,) this pet is literally the cats’ balls.

Holly Golightly is a lot of things in Breakfast at Tiffany’s but having imagination at naming her feline friend is not one of them. The aptly named cat, presumably because it is indeed, a cat. The ginger lump of a cat is pretty much the only creature who Holly really connects with as he pounds around her little socialite flat, pursued by romance and the straight talking Paul. When Holly announces she is going to leave for Brazil, in a throe of despair, she lets the cat go and announces her freedom. Only Paul goes running after it and Holly realises she is foolish to not just let him go, but let her loveable feline go too. 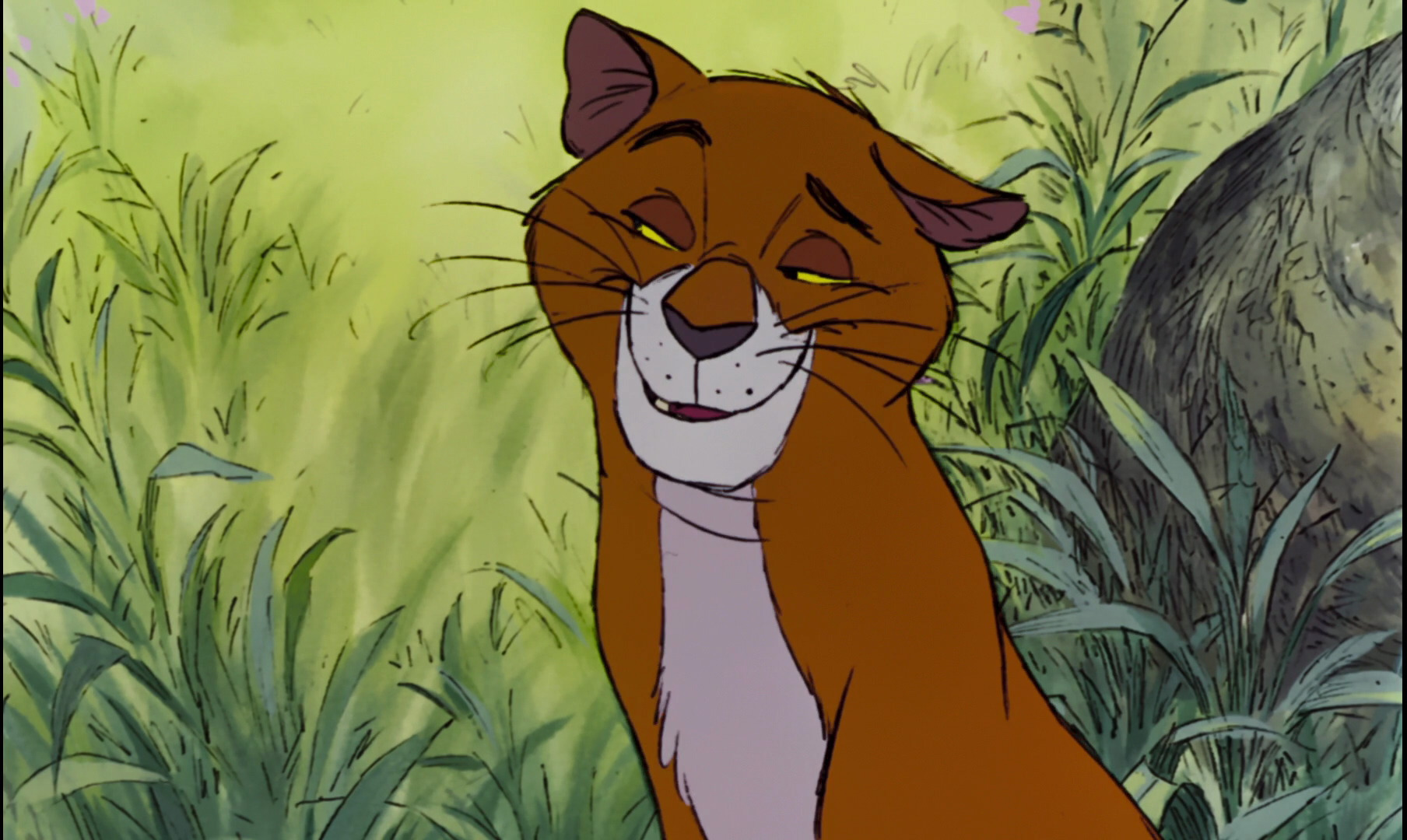 “Everybody wants to be a cat” Because, guys, a cats the only cat who knows where it’s at. It’s really hard to choose from a whole host of feline fellas and cool cats in Aristocats because there are just so many great ones that we all love (except that Chinese parody that nobody likes as damn, Disney were racist back in the day.) Aristocats tells the story of three domesticated cats who are unfortunately kidnapped and left for dead by a butler who hates that they are the sole heirs to a fortune. Thomas O’Malley is the hip and happening cat that comes to save them, teaching them all about how awesome the cats are.

I thought witches and cats were best friends? Obviously not in this 1993 cult classic Hocus Pocus. After all, three evil witches did go and kidnap a young Binx’s sister, drain her of life and then turn him into a cat so you can’t begrudge him for having…well…a grudge. Binx proves that being immortal and a cat has its advantages and when the three witches are summoned again to wreck mystical mayhem on a modern town (and belt out some amazing songs), Binx immediately helps our heroes and even sacrifices his life in the process. He eventually finds his sister and moves onto the afterlife, but we still miss his furry feline form. 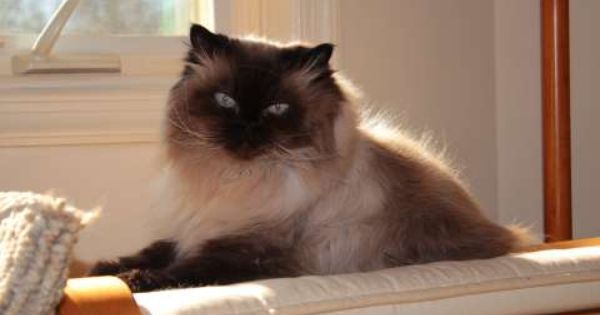 “Cats rule and dogs drool” is the chant that Sassy spouts in the droll Sally Fields voice. Homeward Bound, the remake of The Incredible Journey is the 1990’s adventure film which really tugged at your heart strings. Sally is unwillingly thrown into a cross country walk with Shadow and Chance, two dogs and admittedly, her friends, in order to get back to their owners. However, the terrain does not welcome domesticated animals and the trio get themselves in all sorts of shenangians. One of the most heart-wrenching moments is when Sassy falls in an intrepid river and is sent over a waterfall. Of course, being epic, she survives and even helps Chance out with his porcupine injuries.

Jones is one fierce feline. He has survived not one, but two alien invasions and only probably died when Ripley was frozen in space and he was on Earth. So this ginger cat, who Ellen loves wholly, battles through the space landscape. He thwarts the Xenomorphs. And then goes on to live a long, wholesome life back on Earth. I dare you to name five humans in the series that get to successfully do that. This cat is so awesome that we actually think it was the hero of the whole franchise and we aren’t surprised if he was actually controlling the mechanical robot. 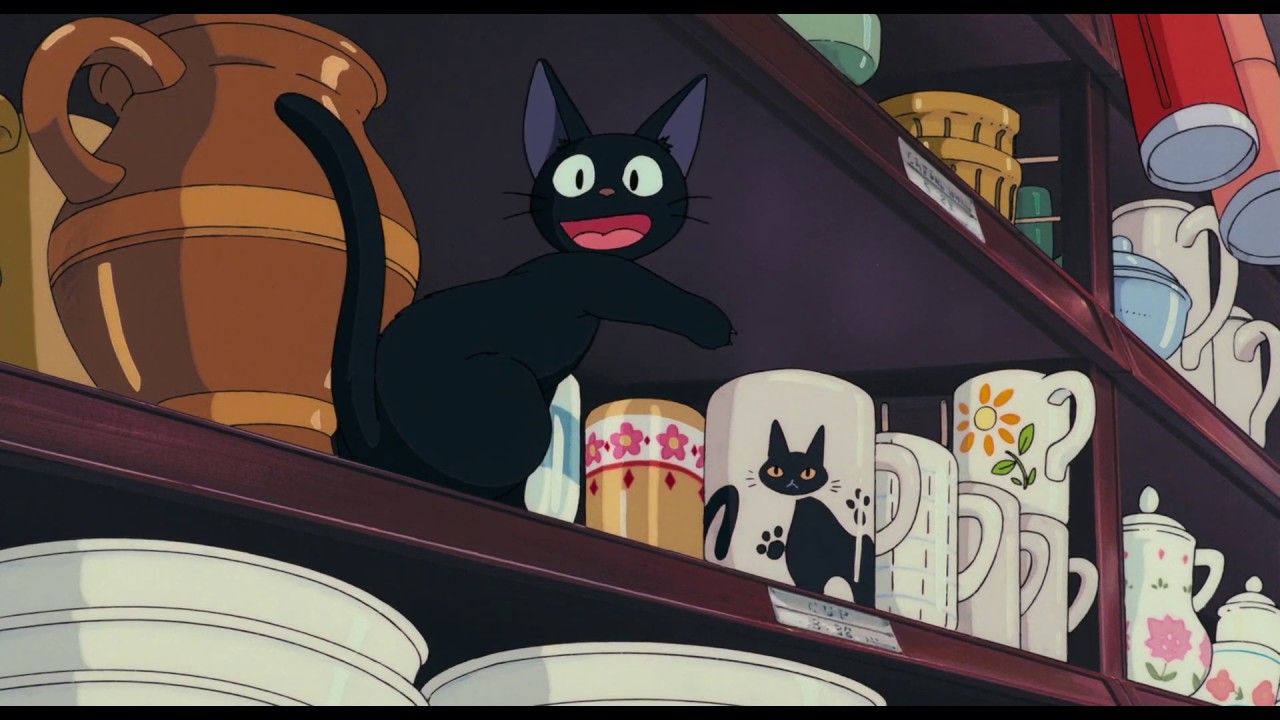 As you may have seen, every witch needs her familiar and you could argue that Jiji is the talking feline that put inspired the others. The 1989 Studio Ghibli great (and my personal favourite) sees Jiji help Kiki throughout her witchy day to day life – including finding her own specific talents and seeing what she is good at. However, he is also there, with his albeit sardonic nature, to help her reclaim herself when she falls in love and loses her powers. Though the subtitled version has the voice talents of Rei Sakuma, the Disney dubbing enlisted the voice talents of the late great Phil Hartman who does a stellar job.

No one hates Catwoman. I mean, everyone hates the movie. But no one hates the character. A seductive villain and hero, Catwoman is the latex wearing crazy we all wanted to be growing up. Look, technically she isn’t a cat but I couldn ‘t leave her off the list. Not since Michelle Pfieffer did such a stellar job in her role for Batman Returns (one of the best bat-movies out there.) The character is, in many ways, Batman’s familiar – a villain who has the intellect and the gadgetry to keep up with Wayne gallivanting across Gotham. She also has a grudge and in the sickest of ways, she’ll get revenge for her attempted murder. Pfieffer is iconic here in Tim Burton’s mash of a phenomenal hero movie.

What Do You Think?
Happy International Cat Day!