I take to obsessions as though I am trying to quit cigarettes. The last one, I’d say. I’d draw in big deep breaths and allow the smoke to engulf my lungs. Throughout my life, I have ferociously puffed on many different subjects. Whether they be bands, actors, musicians, time periods, teas, drinks, or even a building, I become hooked; breathing in each subject until my insides are burned with every single detail. Excitement and inspiration filter within me as I become consumed until the flame blazes down to the stubs and I am ready to draw another one from the packet.

There is never a reason or rhyme, really. All these cigarettes have different tastes and burn a little differently. But hyperbolic and overtly emotional in nature, I find myself gluttonously consuming these little obsessions as though the smoke were really my oxygen.

In lockdown, that latest hook was Hollywood Golden Era actor, Fredric March, who was born 123 years ago today. For a while, I contemplated doing a list of his best work but I can’t do that because I am barely half way through a portfolio that is at least five decades long. So to celebrate I thought I’d discuss how a man who lived and died long before I was born has helped me cope with this shambolic year.

For many, if not all of us, the tragic losses of the pandemic and consequential lockdown have been tough to process. We are all grieving a year that seems to have piled on sadness and sorrow. It feels like a year where we are simultaneously halted in our lives whilst bombarded with news and pain and anguish. Mourning lives, jobs, and industries lost, 2020 proved to be a chaotic year that is still ongoing.

Bear with me now reader as I take you into my brain.

I spent the majority of lockdown alone, partly through choice. I made the decision to pick the comforts of my home over staying with family or friends. This is partly due to my own stubbornness and issues that would arise if I did venture to another house. I wanted my own routine and bed and food and, in some ways, my own solace. For a while, I was happy with this choice.

However, as always, my mental illnesses would creep in. Depression, anxiety, and abject loneliness soon became bedfellows. I needed distractions, when I wasn’t on Zoom or when the night would descend. I turned to movies and writing movies.

As any film obsessive, I wanted to consume all the movies at once. Centuries of the stuff, reaching back to the Victorian era – yet another obsession of mine that has been constant throughout my life. Therefore, I streamlined my viewing to watch movies set in the time period I was obsessed with. Corsets, and candlelight, and fog on the celluloid. I researched and found myself in possession of a 1932 adaptation of Robert Louis Stevenson’s novella The Strange Case of Dr Jekyll and Mr Hyde. The story itself, believe it not, was yet another fixation of mine (I have many, guys,) already deep in adaptations including an absolute love for the Broadway musical and concept album of the nineties. But that’s another article for another time….

So here I was, holding onto a film that was already a combination of all the things that tickles my sensibilities. Directed by Rouben Mamoulian, the title was sluiced down to Dr. Jekyll and Mr Hyde and stared Fredric March in the titular dual roles. I’d never heard of March before (or so I thought,) and BFI had claimed his performance to be inspired. Intrigued, and once again, holding onto a movie that I was already sold on, I popped it on.

And I fell in love. Fireworks in the brain, glitter in the stomach, and flutters in the heart. An obsession was coursing through me once more.

Now yes, Fredric March is a truly handsome man but he is also a gifted actor. He glides onto the screen with poise and precision. The interpretation of both the intellectual Dr. Henry Jekyll and the animalistic Edward Hyde earned March a richly deserve Academy Award. March showcased the titular doctor as already aware of his carnality. For the stiff, high society he belonged too, Jekyll wanted to defy convention and God with his work and eagerness to marry sweetheart Muriel. However, it is a chance encounter with Variety Hall performer Ivy that sparks off a salacious nature in him. Ivy, played by the equally phenomenal Miriam Hopkins, flirts and kisses with Jekyll. When he is ushered away by the stern Dr Utterson, an overlay of her swinging enticing him to comeback shows his desires locked deep down within him.

Though his Hyde verges on the pantomime at time, a silent and depraved sequence with Ivy is chilling which starts Jekyll’s descent into desperation. March’s most emotive scene sees him languishing at his fiancé’s feet, desperate for forgiveness for his sins and bound in deep sorrow. 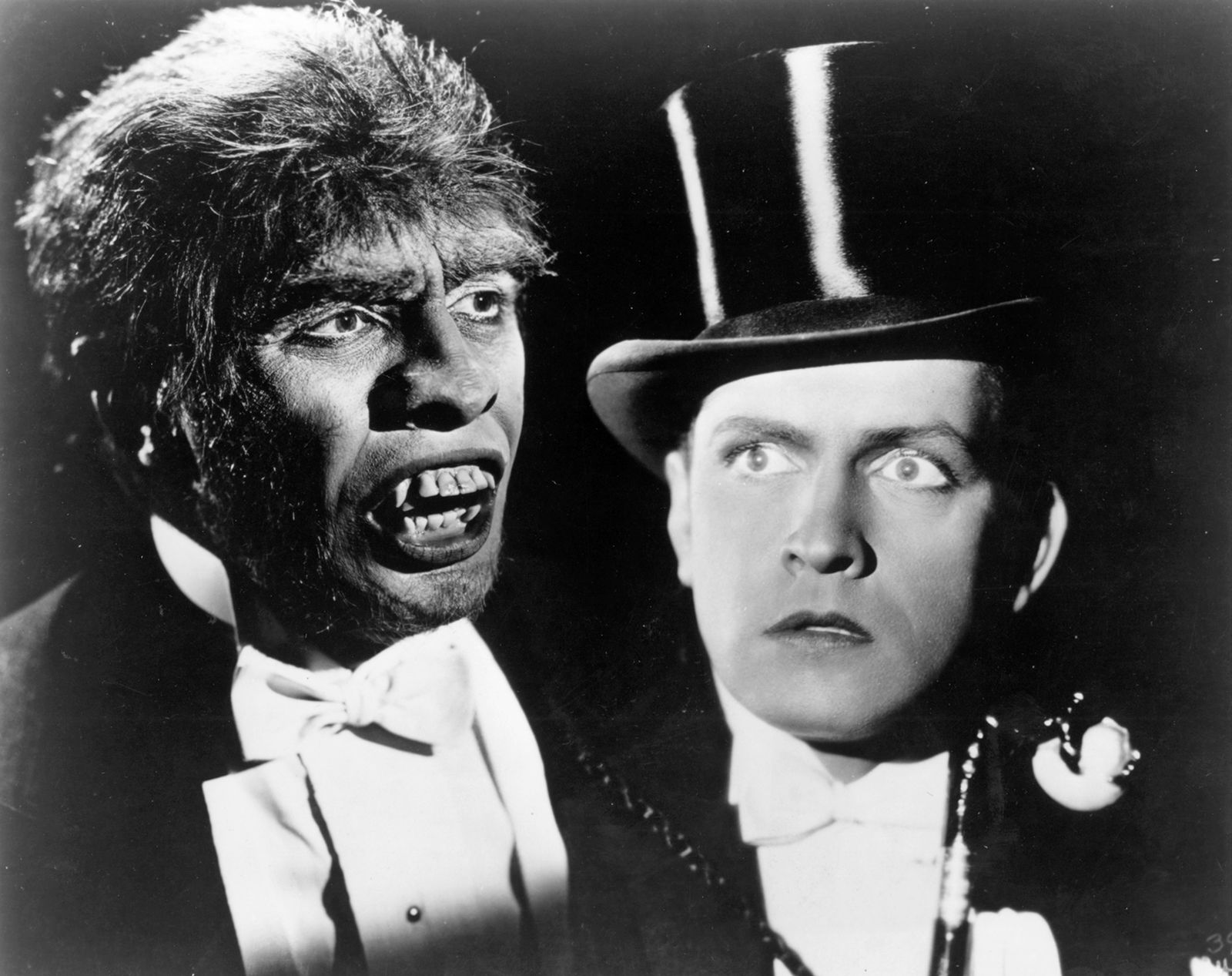 Much more than that by Mamoulian’s grapple of the story is near impeccable. This horror film of the early thirties had exceptional transformation sequences as well as further hypnotic scenes and POV shots which make it fascinating nearly 100 years on. It is perhaps one of the most iconic interpretations of the story and though many have tried, it is the most emotional and human Jekyll & Hyde.

Dr Jekyll and Mr. Hyde, therefore, spared off two curiosities in me.  The first was a fascination with pre-code cinema: an era where movies were more overtly sexual, flirty, and dealt with dark themes that would be snuffed out by the Hays Production Code and stuffy “moral” dictators.

However, the second was an undying crush and deep admiration for the work of Fredric March. For a little while, I had assumed Dr. Jekyll and Mr. Hyde was the first I’d ever watched of March’s work. However, in 2019, a trip to the New Beverly Cinema in LA meant I had seen Dorothy Arzner’s The Wild Party in which March had his first leading man role alongside the immutable Clara Bow where he played a professor in love with Bow’s student. He’d have several more movies with Dorothy Arzner.

Fredric March is often considered one of the most versatile actors of his generation. Originally contracted to work with Paramount, March become one of the few Hollywood actors to be freelance, opening himself to other studios and projects. His work, even early on, descended genres. Though he could be deliciously hammy (Manslaughter,) or terribly miscast (True to the Navy,) March had an unparalleled chemistry with the screen. I have consumed thirty of his movies so far and his presence was always palpable.

For me, his best work is when he inhibits the very essence of pre-code cinema. Ernst Lubitsch’s Design for Living, which reunited him with Miriam Hopkins and also starred Gary Cooper sees March as one third of a poly-amorous relationship. Opposite Cary Grant, March is a fighter pilot struggling the loss of life during WW1 in the incredible and must-see movie The Eagle and the Hawk. In Arzner’s Honor Amongst Lovers, Fredric March showcases a subtle longing and yearning for Claudette Colbert’s character with little sighs and secretive glances. In Laughter, he is a great hilarious, romantic lead opposite Nancy Caroll in which the following moment happens…

From a rampant roman in Cecil B De Mille’s The Sign of the Cross to historic literary figures such as Jean Valjean in Les Miserables, March had many different roles and met them with the same gusto and might and love for the big screen.

His later and most celebrated works showcases his growth as an actor as he inhibited complex characters. Fredric March would win his second Academy Award playing WW2 veteran struggling to adjust to being back home in The Best Years of Our Lives. He was also nominated for his work in the original 1935 A Star is Born and The Death of a Salesman, both emotive drama performances March had starred opposite such incredible female actors also included Sylvia Sidney, Norma Shearer, Carole Lombard, Olivia De Havilland, and Katharine Hepburn.

It would be remiss of me to not talk about issues that have arisen when researching March’s body of work. At college, he was part of a faction called the Klu Klux Klan and though he was one of few who championed to change the name, it was enough to remove his name from his Universities theatre. Working on I Married a Witch, March had a turbulent relationship with lead actress Veronica Lake that was strained throughout production.

Still, outside of these troubles and his performances, March championed the anti-Nazi league in Hollywood and was an admirable figure in the industry.

I am very shallowly watching his filmography chronologically. saving some of his aged, and arguably, best performances for later on. I am half-way through a jam-packed work and a life of undeniable talent that has made me laugh, cry, or deeply moved me. It has kept me going, a weirdly strange calling and task to watch his filmography. Venturing into his work has meant I’ve been connected to other film fans and expanded my knowledge of cinema through these classic early movies. It is astonishing what doors an obsession can open, smoke signals to lead you down a rabbit hole  or transform you like a powerful elixir.

So now I am forever grateful that this Oscar winning Wisconsin actor, who lived and died before I was born, somehow marched into my life and saved my sanity in lockdown.

7 thoughts on “Fredric March: How a 123 year old man helped me during lockdown”