Armie Hammer. What a strange and curious actor. Pushing his somewhat creepy antics off-screen aside, his career is an eclectic array of absolute belters with barely any middle ground. For every Call Me By Your Name, there’s a Wounds, for every The Man from U.N.C.L.E, there’s a The Lone Ranger, and for every Free Fire, there’s like Cars 3. he bizarrely turns up in movies such as Sorry to Bother You and Nocturnal Animals or takes soft supporting roles in On The Basis of Sex. He also is a bearded criminal in Ben Wheatley’s Free Fire. His career choices, much like the man himself, are superbly wild and we are here for it.

Later this year, Armie Hammer looks to charm and/or divide with two outings: Death on the Nile and Ben Wheatley’s Rebecca (which dropped its first trailer recently.) To celebrate, this Middling Earth is venturing into one of my favourites: Mirror, Mirror.

Arriving on the scene with Snow White and the Huntsman and inexplicably directed by The Fall’s Tarsem Singh, Mirror Mirror tells a different side to the Snow White fairy-tale. The film centres on the princess and tells the tale of her strife with wicked Stepmother the Queen who lavishes her own vanity with all the riches of the kingdom. With the people nearly impoverished by her gluttony and greed, The Queen plans to marry a Prince in order to square the finances. But he seems interested in Snow White. The only way for The Queen to get what she wants is to murder Snow White. Thwarting an attack, Snow meets seven dwarf bandits and finds herself an army to fight back against The Queen and claim her rightful place on the throne. 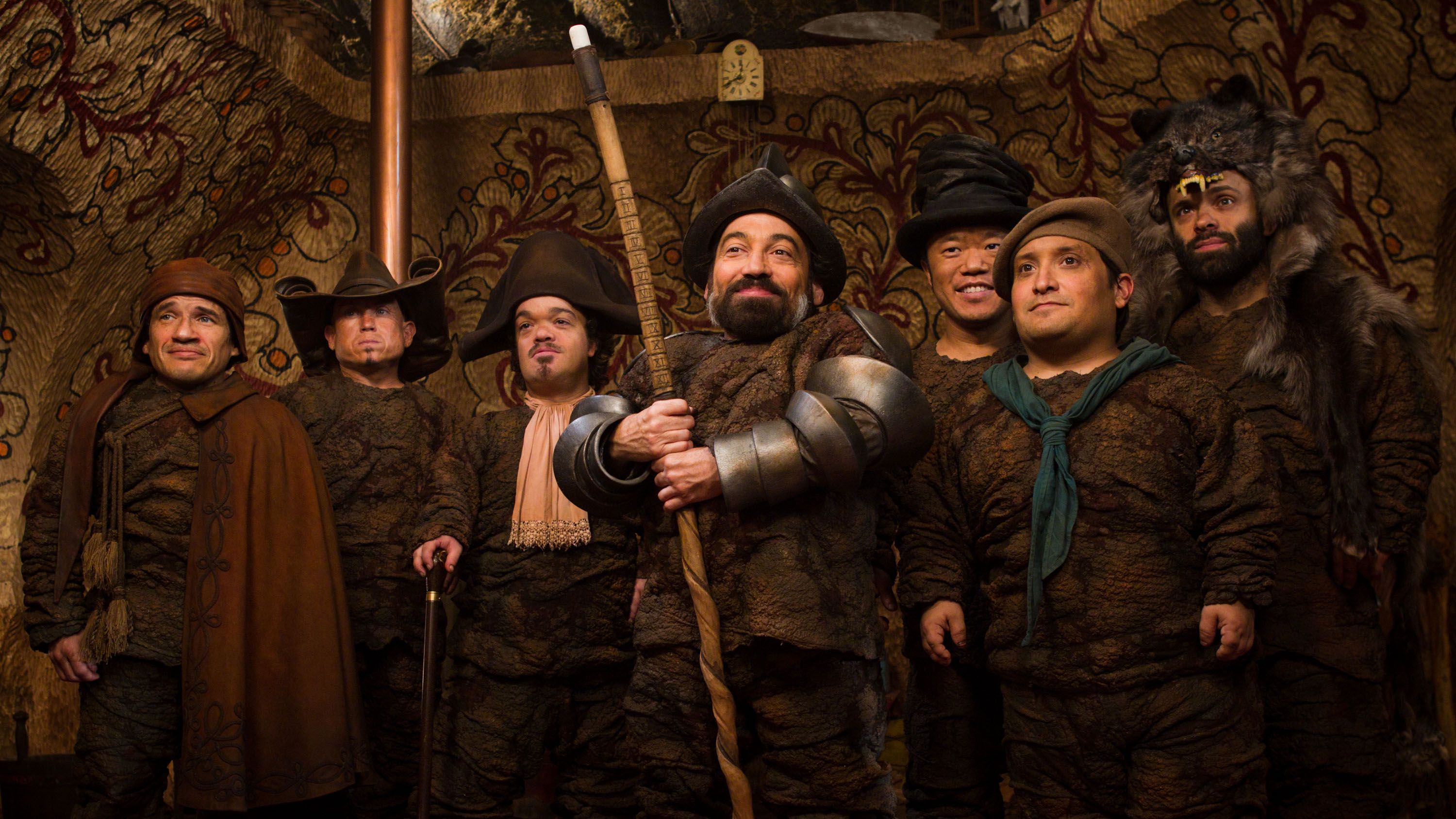 For a start, Julia Roberts as Queen Clementianna is having the best time as this melodramatic, evil royal who wants to murder and slay for her crown. Roberts is absolutely hilarious here and is clearly having the best time. This is enhanced by the comedic repertoire she has with Nathan Lane, playing her exasperated butler Brighton. They brilliantly play off one another and romp up the comedy. Lily Collins as Snow White may not make as many waves as Kirsten Stewart did in the darkly Snow White and the Huntsman but she has a graceful, quite present. The dwarfs are played by Danny Woodburn, Martin Klebba, Sebastian Saraceno, ordan Prentice, Mark Povinelli, Jon Gnoffo, and Ronald Lee Clark. These guys have cool contraptions, courage, and a lot of brains to save the day. The cast bite into the tale and flesh it out with juicy sweetness.

Plus, this is Tarsem Singh we are talking about here which means Mirror, Mirror looks incredible. Brandon Galvin brings bright, vibrant cinematography whilst balancing against the dark, evil of the beast. Alan Menken, of Disney fame, has an exquisite score and the costuming from Eiko Ishioka.

So let’s talk about Armie Hammer, shall we? For a start, Prince Alcott gets his clothes stolen within minutes of him being stolen (clothes, I might add, which were reminiscent of Matthew Macfayden’s final outfit in Pride & Prejudice.) Then he insults the dwarves, gets hoodwinked by the Queen, and then if that wasn’t enough – he a spell gets cast over him. A spell which turns him into a puppy. Hammer literally laps up the part, licking Roberts (which I cannot imagine was a hardship,) or bouncing around the set. Armie Hammer is living up to his name and hamming it the fuck up. It is so incredible to watch.

Many wont respond to the sarcastic and off-beat comedy that is thick and fast but that is what makes it a lot of fun, leaning more towards Monty Python than Disney.

Is it a two-star fantasy film?

No. You are all going to have the best time with Mirror, Mirror. I definitely think it demands a revisit. It is striking to watch and is definitely a lot of fun. Mirror Mirror is not the rotten apple that everyone takes it to be. It is enchanted and captivating, fun and frivolous, sweet and fulfilling.

Mirror Mirror, I suppose, might’ve had a good run nowadays with every Disney movie getting a live action transformation. This is better than, say, Maleficentor Dumbo, and a lot better than its grimier counterpart Snow White and the Huntsman, perhaps it’s time to look at the film from the other side of the mirror. One that reflects family fun, poignancy and character depthyou can’t help but love this film in its aching gorgeousness as it drips with much spirit and comedy.

Oh! and there’s also Sean Bean. We couldn’t have a two-star fantasy film without him!