But is this debut feature from writer-director Rose Glass really our saviour?

Well, it turns out the answer is yes, in a huge way, and this October we should all join Maud in prayer… or should that be unholy terror.

Following a timid nurse as she becomes dangerously obsessed with saving the soul of a dying patient in her care, we are taken on a journey that will put the fear of god into you, which is ironic considering Maud’s dedication to her religion.

Very few horror movies will leave a lasting impact in the way Saint Maud does, opting more for terrors that slowly exude into your consciousness rather than jump scares (although these will certainly hit you too).

Although the film is only 85 minutes long it is a slow burn, but an incredibly effective one at building the tension, adding layers to Maud’s character which makes her both more intriguing and disquietning.

Everything from the sound design, to the grimness of Maud’s small flat, to the chilling cinematography is spot on, providing an unsettling experience you will never forget.

Trust me when I say the striking and absolutely horrifying closing shot will burn itself into your memory, coming to haunt you both day and night.

Much praise has to go to Morfydd Clark’s outstanding performance as Maud, really bringing to life this fascinating character.

The pious nurse could have so easily been frustrating and off-putting, but Clark remains entrancing no matter what dark secrets are revealed, and what twisted turns are taken.

You can’t help but be drawn to her, and to her religious fantasties, especially when her hypocrisy and history are revealed. 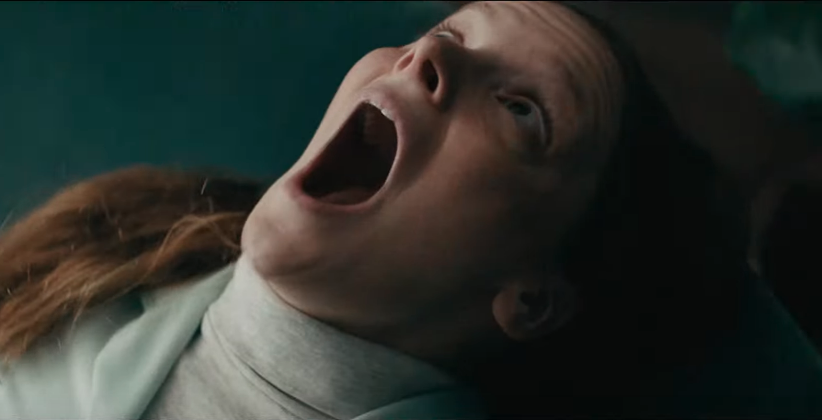 Although this is certainly Clark’s show, Jennifer Ehle is great as Maud’s patient Amanda, who at first seems to be a warm presence but soon reveals her true character, knowingly testing her nurse’s limits for her own glee.

With the relationship between horror and religion having a long history you may think there is nothing new to be done with this sub-genre.

Well Saint Maud proves that wrong, being the film you don’t expect it to be in all of the best ways.

Marking herself out as an exciting writer-director to watch out for in the future, Glass has delivered an electrifying debut which is one of the year’s best horror movies, if not the best.

Seek Saint Maud out and you too will realise your saviour has indeed arrived.

SAINT MAUD IS OUT ON DVD, BLU-RAY, LIMITED EDITION STEELBOOK and DIGITAL RELEASE FROM 1ST FEBRUARY 2021