The first of five films from writer and director Steve McQueen that form his new-for-television Small Axe anthology – a series of focusing on the experiences of Black people in Britain – Mangrove tells the true story of, and takes its name from, the Mangrove Nine and the ensuing trial that changed the United Kingdom’s judicial system.

When a group of British black activists are tried for inciting a riot at a protest in 1970, their 55-day trial challenges the legitimacy of the judicial process and racially-motivated behaviour perpetuated by the Metropolitan police. Co-writing with Alastair Siddons, Mangrove is an urgent and vital examination of systemic racism unfortunately made all the more relevant by current events. 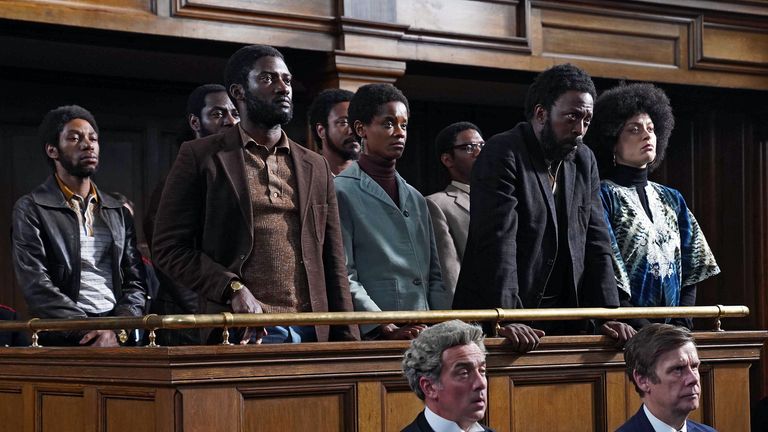 A piece of truly fantastic filmmaking, the story of the Mangrove Nine and their indelible mark on the UK’s legal system is presented on screen with intensity and enthusiasm by all involved in its production. Examining a political climate devastatingly not unlike the one we find ourselves currently in, McQueen turns to the past and mines the story for teachable lessons that educate and inform; while this fact-based approach would weigh down lesser filmmakers, the sheer zeal and passion in McQueen’s writing and execution injects this story with the emotion, heart and soul for it to land with the weight it should.

Marinading in the 1970s aesthetic, McQueen’s tonal control is fantastically measured, capturing the mood of the group as well of that of the nation, while simultaneously ensuring its scope is broader and its contemporary relevance never lost. From the immaculate production design and cinematography to the soundtracking and Mica Levi’s terrific score, McQueen teleports us to the era and a more textured presentation is crafted as a result. While the second half more squarely focused on the trial loses steam a little, going through the motions of the courtroom drama that many filmmakers struggle to overcome, it remains a compelling and often infuriating exploration of the broken system and the challenges used to undermine the defendants. 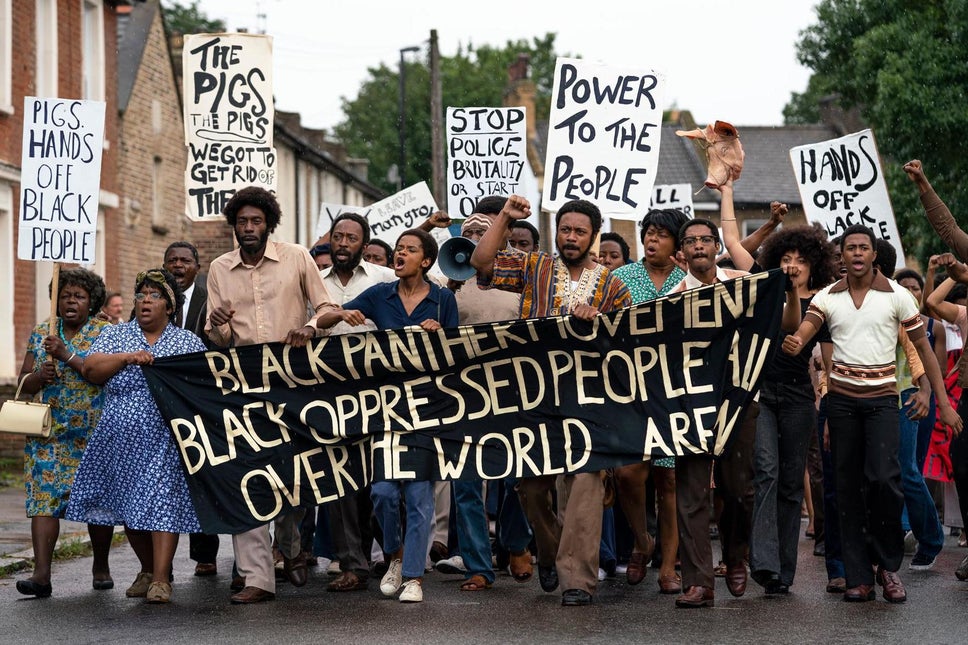 A true ensemble effort, passion flows through the performers of Mangrove, all registering powerful turns. In fact, everyone involved in this vital opening chapter of Small Axe is singing from the same hymn sheet, united in their drive to curate a stirring, necessary piece of British cinema. While it may be a dark and difficult watch at times, the importance of uncompromising cinema like Mangrove cannot, and should not, be overstated: society must learn from its mistakes and shame to ensure it never happens again. McQueen has delivered an impassioned piece with Mangrove that portrays the bravery and hard work of the Mangrove Nine: Barbara Beese, Rupert Boyce, Rhodan Gordon, Frank Crichlow, Darcus Howe, Anthony Innis, Altheia Jones-LeCointe, Rothwell Kentish and Godfrey Millett all deserve to recognition for fighting the good, right and true fight.

Every single person involved in the making of Mangrove is operating on the same length, intent on delivering a stirring, vital piece of British cinema that speaks for our times, fantastically speared by Steve McQueen’s filmmaking excellence.

Mangrove is available on BBCiPlayer!