Falling begins with young Willis Peterson (Sverrir Gudnason) bringing his wife Gwen (Hannah Gross) and newborn John home to his farm near the small town of Boonville in upstate New York. In a private moment, as he looks down at Gwen asleep in the car and John gurgling beside her, Willis smiles with a visible love – but then inside the house, with Gwen fetching water and a new nappy in another room, Willis leans over his baby son and whispers, “I’m sorry I brought you into this world – so you could die.” It is an odd comment, perhaps even suggestive of a certain pathology, and far from the more straightforward affection that Willis had expressed moments earlier. As though to illustrate this strange proximity of youth to death which Willis’ words adumbrate, the film cuts to a passenger plane in which Willis, now an old man with dementia (played by Lance Henriksen), is travelling with, and being looked after by, the adult John (Viggo Mortensen, also the film’s writer, director, producer and composer). Where in the previous scene Willis was helping Gwen change John’s diaper, now John is helping his bewildered, pugnacious father to the on-board toilet, in a clear reversal of rôles. These leaps in time, from the present day to the 1960s and 1970s, are what give the film its title, as the addled Willis frequently slips into fragmented memories of the past, and John too struggles to find anything to cherish in his family’s dysfunctional history. 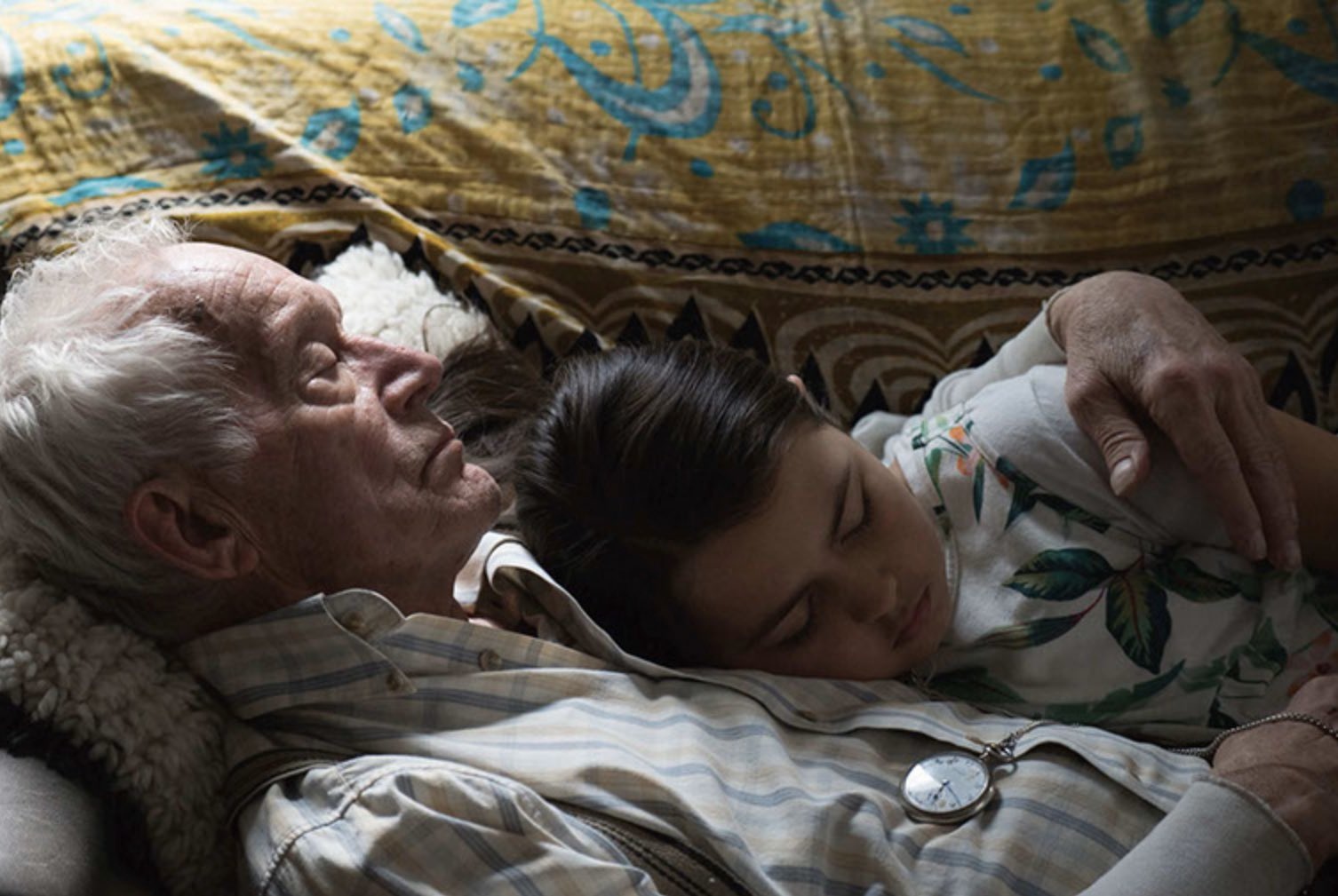 Willis is flying with his son to Los Angeles, where he is half-heartedly planning to buy a place closer to John and John’s sister Sarah (Laura Linney). Now Sarah has a son and daughter of her own, while John and his husband Eric (Terry Chen) have an adopted daughter Monica (Gabby Velis). This extended twenty-first century clan represents a liberal mix of races and sexualities – and racist, misogynistic, homophobic Willis tests them all, even as flashbacks reveal that his repellent toxicity is not merely a symptom of his dementia, but has characterised a lifetime spent constantly driving away one wife after another, and estranging his own children. Even now, as he approaches his end, this cantankerous man alienates everyone with his foul-mouthed insults, prurient fantasies and aggressive rants. Always a self-centred grouch, Willis is now like that embarrassing, lecherous uncle who comes out of the woodwork once a year at family reunions, to the chagrin of all. Both John and Sarah want to do the best for Willis in his autumn years, even as he does everything possible to offend, humiliate and discomfit them. As Willis’ decline – another connotation of the film’s title – becomes ever more pronounced, Falling fashions itself as a chronology-leaping summation of a life, without ever giving way to pat sentimentalism. In one scene, Monica discusses with her family the last words that people utter before they die – words that serve ideally as a pithily significant précis of experiences and wisdoms acquired over the passing decades. Without spoiling, let’s just say that Willis’ last words, while certainly encapsulating the essence of his character, are banal and bathetic, and his final expression of love is all at once priapic, illusory and entirely private.

Willis’ clashes with his mortified family expose all manner of divides in the United States: between older attitudes and its younger heirs; between rural individualism and urban pluralism; between the East and West Coasts; and between the backward-looking MAGA ideology (embodied by John Wayne, here glimpsed in Red River on Willis’s ancient TV) and more progressive values (represented by Obama, whom John and Eric support). So this polarised family, trying impossibly to pull together and find common ground despite all their gaping intergenerational differences, is a microcosm of an America ever emerging from its own troubled, contradictory history, and struggling to draw from it some kind of positive, meaningful lesson, even a better direction for the future. Always smoking, always drinking, always cursing, Willis stumbles through this new world like a ticking time bomb, leaving a trail of damage wherever he goes, and constantly demanding our attention through the sheer disruptive force of his centrality in the narrative. He is a difficult, deeply dislikeable protagonist, and while, to its credit, Falling does not offer this bullying monster a redemptive arc, it does afford him the odd grace note of unexpected tenderness. While Willis is not a good man, the irony of this film is that from such pernicious seed, the following generations have somehow managed to grow their own Edenic garden.

Falling is a film about the transformative power of time itself, with Willis’ old hand-me-down fob watch becoming a key symbol of the tick-tick-ticking of mortality and metamorphosis. In his debut as writer and director, Mortensen uses match cuts and associative links to bring a fluidity to the film’s many temporal disjunctions. As past and present blur in Willis’ confused mind, the film elegantly contrasts the Malickian glow of Willis’ nostalgic flashbacks to the grimmer, more harshly lit realities of his lonely senescence on the snowbound, dilapidated farm. That property is all at once Willis’ home, prison, grave and legacy – a place of fecund memories and contemporary sterility, finally bringing its isolated, ailing owner the coldest of comforts. Yet where Willis tends to reduce human experience to bodily functions, telling Monica stories of how John would ‘shit the bed’ as a nervous child, and constantly, colourfully describing his own bowel movements (look out for a cameo from body horror maestro David Cronenberg as a doctor performing a rectal examination), Falling also shows glimpses of a more elevated life. John may be grounded as he looks after Willis, but with his father’s departure he is able once again to return to his job as a commercial pilot, where he is both in control of his own and others’ destinies, and doing the very opposite of falling.

Falling is out now.