Over the last few years, we have been treated to American movies that have focussed on the wives or girlfriends of career criminals. Generally though, films such as Widows or The Kitchen have shown groups of women associated with crime getting together to prove that they are better than their deadbeat husbands, even if they are played by Liam Neeson.

Set in Pittsburgh in the 1970s, director Julia Hart’s film, I’m Your Woman is different. It focuses only on one woman, Jean (Rachel Brosnahan from House of Cards and The Marvellous Mrs Maizel) who finds herself with child and on the run within the space of a few unpredictable days.

Hart, who co-wrote the script with her husband Jordan Horowitz, makes us stay with the restricted perspective of Jean throughout. At the opening, she sits in the garden in new clothes, smoking a cigarette, describing (in brief voiceover) her failure to have a baby. No sooner does she say that than her husband, Eddie (Bill Heck) surprises her with a young infant, whom Jean is suddenly expected to care for, ostensibly to fill in the gap in her life. One evening, after a crime that has gone wrong, she is told she has no time to pack but simply take the baby and a bag full of money and go with Cal (Arinzé Kene). He is her driver and designated bearer of seriousness, warning her that she cannot go and stay with her sister. Instead, he parks her in a house and tells her to plug in the pink telephone and ‘call this number’ only in an emergency. Then Evelyn (Marceline Hugot), a nosy neighbour comes round, bearing flowers and asking about the baby. Jean discovers just how much danger she is in.

For much of the film, Hart resists some of the usual tropes. Jean isn’t hard-boiled. She also isn’t much of a cook either – there is a running motif involving her failure to crack an egg cleanly into a frying pan, reflecting her difficulty getting pregnant. In one scene she gives up altogether and throws eggs against the wall. The film also flirts with the stereotype of the sexless black saviour as Cal literally goes the extra mile for Jean.

Restricting our point of view gives Hart and Horowitz ample scope to up the ante. As bad people search for Eddie, for reasons not fully explained, we really have no idea what is going on. The film builds to a shoot-out in a nightclub, where a crowd of revellers become unconvincing background action, running first down a corridor one way, then back the other in the same shot, as Jean cowers in a telephone booth. However, by never placing her at the centre of the action, Hart keeps us on edge. It is only towards the end of the film that Jean acts in the face of danger.

One of the incidental pleasures of I’m Your Woman is a car chase involving vehicles of the 1960s and 1970s. You think about how difficult that scene must have been to stage. Hart pays homage to film and television of that era but eschews the exploitative treatment of women. The plot could easily lapse into comedy, but it is anchored by Jean’s journey towards self-worth. By the end, she is fed up with running and just wants answers. 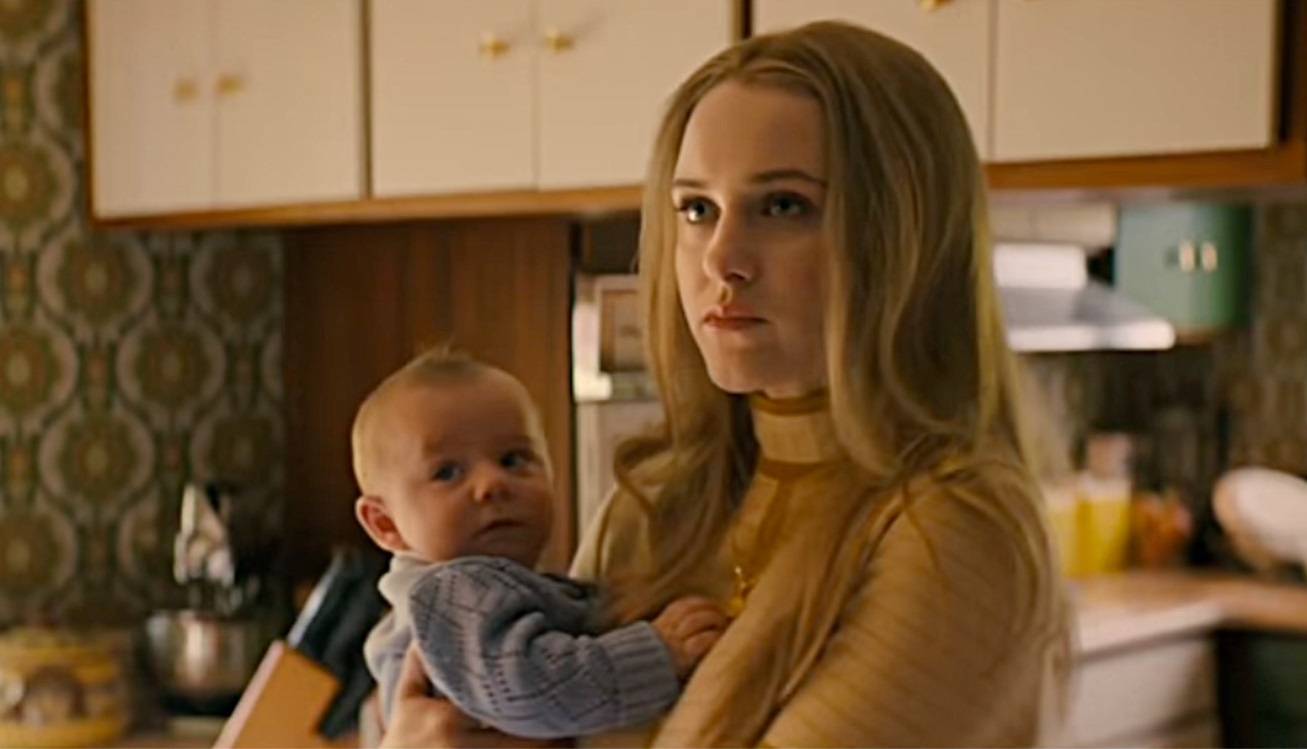 There is one trope that the film doesn’t avoid, as Jean is taught to use a gun by Cal’s father-in-law (veteran actor Frankie Faison). Although we see Jean buying diapers, the film avoids nappy-changing even in the montage scene depicting dull suburban life. In this sense, it is literally a film without poop.

Marsha Stephanie Blake co-stars as Cal’s wife, Teri, who is more of an archetypal criminal spouse than Jean is. The standout moment doesn’t involve gunplay, rather Jean demonstrating how she makes the baby laugh, with her version of Aretha Franklin’s ‘(You make me feel like a) Natural Woman’, complete with extended breaths.

The suspense works and at many moments you find yourself shouting at the screen. I watched the film twice and noted with pleasure on second viewing that my companion reacted to the same scenes as I did first time round (including a moment with a cop knocks on a car window while Jean, Cal and the baby are sleeping). I’m Your Woman doesn’t linger in the mind, but for two hours it is a guilt-free caper. Thrilling, occasionally funny but always involving, it is perfect home viewing entertainment. It even boasts a candidate for the one-liner of the year, when after the encounter with the cop at which Jean passes herself as Cal’s wife, Cal remarks in shock, ‘I made a white baby.’