It seems to be a scary movie staple that you most procreate with sequels. After all, hitting on a good frightening movie cannot be left for just one terrifying movie. Hollywood monopolise on these movies all the time. The “game changing” Paranormal Activity has four instalments, Freddy has been haunting our nightmares for nine episode and Friday 13th has Jason stalking us for a whopping nine episodes. You just can’t seem to let a horror movie lie in midst of originality and fright. So it comes as no surprise that eventually someone would take one of the scariest movies of all time and make a sequel out of it. Yes, that’s right, they tried to do Hitchcock and in 1983, Psycho 2 was released.

Psycho 2 sees Anthony Perkins reprise his role as the villainous  Norman Bates. After 22 years, Norman Bates is released back into the world. Taking up residence and business again at the Bates motel, his freedom is protested by Lila Loomis, the sister of famous victim Marion Crane. As Norman is trying to readjust to life becoming a dishwasher, he strikes up a friendship with fellow employee Mary Samuels. However, his new life is threatened and a ghost from his past is set to constantly haunt him.

As with most sequels, Psycho 2 is inherently unnecessary and incomparable to Hitchcock’s terrifying and memorable original. Psycho was and still is one of the greatest movies of all time with such an iconic villain that there was no need to try to capture that in a sequel a whopping 22 years later. Add this to a heavy plot that relies too much on complicating its story rather than play it straight. Trying to emulate the shocking twist from the first, Psycho 2 dabbles too much in trying to surprise with the ending, making it all feel kind of cheap. 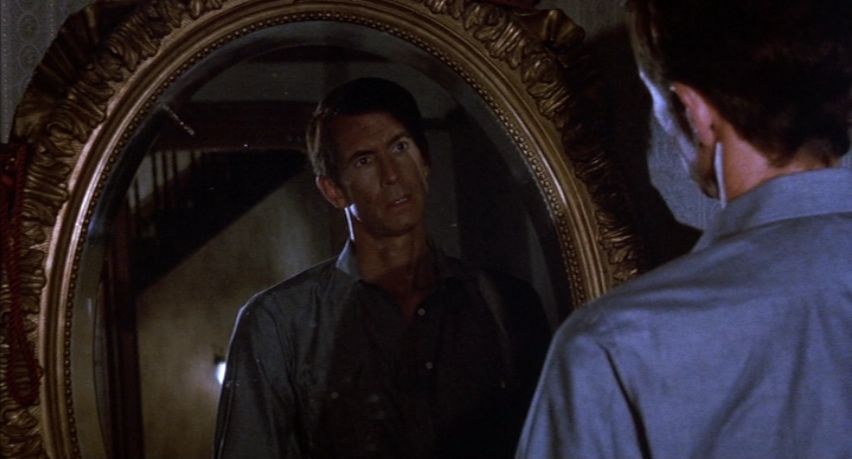 Director Richard Franklin surprisingly keeps a great level of thriller and suspense that is akin to the original movie. If you can watch this as a stand-alone movie, then Psycho 2 has some genuine bumps and thrills. Keeping the broody affair that Hitchcock did, there is a great balance between the killing spree and some in jokes, making it a darkly comic and entertaining ride. Franklin and screen-writer Tom Holland (who wrote Child’s Play and Fright Night so is adept at handling eighties thriller romps,) are clear fans here and work greatly with Perkins to truly touch on Norman’s broken psyche give an effective and great thriller. It is certainly better than some of the more ridiculous movies to come out of the eighties

Recently, I called Psycho 2 trashy. It is. It isn’t completely trashy in a Leprechaun or Jason X kind of way, but this is movie has its moments. While the plot is imaginative. there are too many twists and it relies too much on the reputation of the previous movie in order to garter some revenue. Don’t get me wrong, it is still highly enjoyable and worth watching particularly with Bates Motel delighting on the small screen. And let’s not forget the impressive performance by our lead man

Because while Psycho 2 isn’t great, it certainly has its Perkins.

You can see Psycho on Sony Movie Classics UK this Saturday at 9pm!