On the face of it Netflix’s latest film The Dig might sound unenticing, a film about an archaeological excavation in the Suffolk countryside.  The dig in question however is the discovery of an Anglo Saxon burial site at Sutton Hoo and one of the most significant finds in UK history.  The Dig is headlined by Ralph Fiennes and Carey Mulligan but its cast is packed to the rim with star names including Lily James, Johnny Flynn and Ken Stott.  With the breadth of quality among the film’s cast it is a shame that it hasn’t been publicised or discussed more widely.

Mulligan and Fiennes are superb as Edith Pretty, the widowed owner of the Sutton Hoo estate and Basil Brown an excavator for the nearby Ipswich museum.  The contrasting nature’s of the characters life experiences and the friendship that blossoms throughout the film is one of its true highlights and the cornerstone for much that works. The chemistry between the pair is terrific, doing a fine job at showing their enthusiasm towards a history making find and trying to ensure Brown’s credit in the find.  The Dig is a fine showcase for Mulligan and a striking contrast to her awards contending work in Promising Young Woman.

One area the film perhaps loses some of its early momentum and heart is in the arrival of rival teams from The British Museum, this takes us away from our central pairing with attention given in the film’s second half to Lily James as Peggy Piggott and her husband Stuart (Ben Chaplin) the pair are both well cast however the romantic storyline between Peggy and the fictitious Rory Lomax played by the ever dependable Johnny Flynn is jarring. The romantic aspects feel tagged on and at times feel like they belong to another film and detract from the clear qualities in other departments. 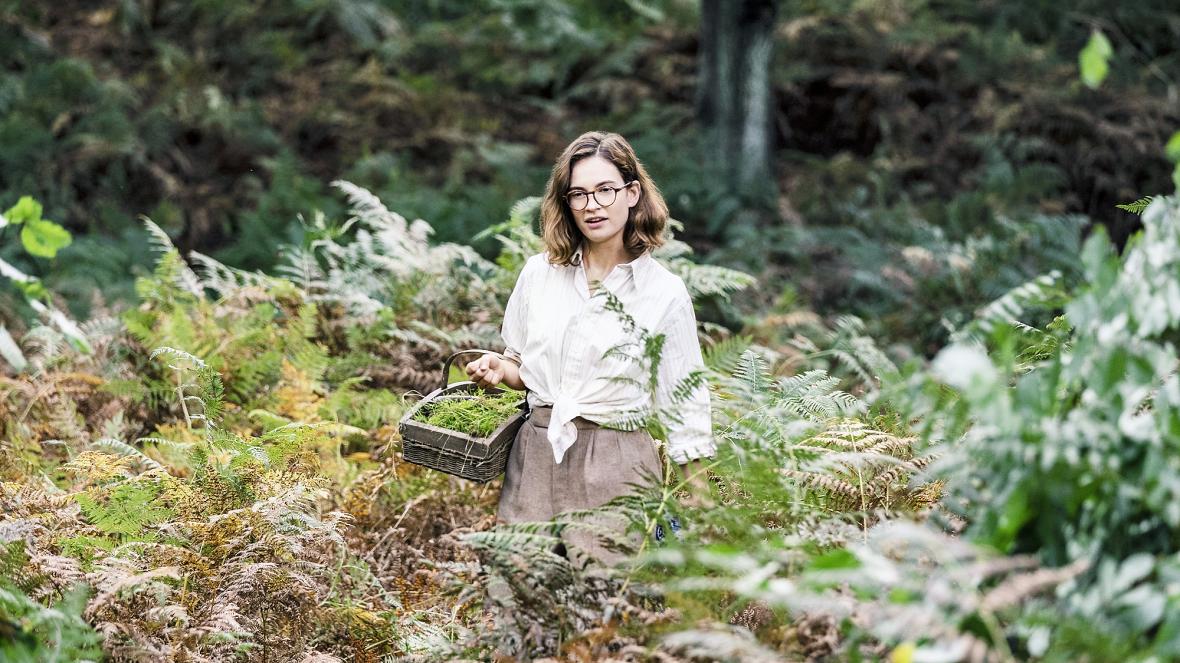 With the film taking place in 1939 there subtle nods throughout to the impending war with radio broadcasts of the latest news events and RAF craft flying overhead throughout from a nearby airfield. These moments heighten proceedings and give a sense of the wider picture happening outside of the dig-site.  Lomax’s character in some ways acts to reflect the presence of the war having enlisted in the RAF.

One of the areas that is particularly worthy of praise is the standout cinematography from Mike Eley (My Cousin Rachel), the camerawork does a fantastic job showing the unorthodox nature of the British seasons with some truly stunning shots of the Surrey countryside doubling for Suffolk and areas close to the actual Sutton Hoo site. The camerawork adds a sense of scale to the size of the dig-site and makes clear efforts to prevent the British weather from ruining the project.

The Dig is a sweet somewhat old-fashioned film anchored by some stellar central performances particularly Carey Mulligan and Ralph Fiennes.  The nods to the war add some dramatic heft and sense of place in history and the film’s stunning camerawork really helps elevate proceedings.  There are some questionable changes to historical events and characters ages but overall the technical quality and acting calibre overcome these inconsistencies to make this a thoroughly enjoyable 2 hours and director Simon Stone with just his 2nd feature film has done a stellar job bringing this most interesting of discoveries to life.

The Dig is out on Netflix now.