Stewing during lockdown with much of 2021 up in the air, a little bit of dependability is nothing to sniff at. In facing a new normal whether we’re ready or not, it’s comforting to know that some remnants of the old world will still remain. Enter reassuringly reliable dad of Hollywood, Tom Hanks. Reteaming with Captain Phillips director Paul Greengrass’ for novel adaptation, News of the World, Hanks finally takes on a western, playing a civil war veteran charged with uniting an orphaned girl with her relatives.

It’s been five years since the end of the Civil War, and in Texas, Captain Jefferson Kyle Kidd now travels from town to town reading the news to those paying ten cents for the pleasure. Kidd’s routine of relaying stories is disrupted when he happens upon a distressed 10-year-old girl, Johanna (Helena Zengel), by the side of the road. Taken when raiders from the Kiowa tribe killed the girl’s family and then raised her as their own, the Kiowa have then been killed by whites, leaving her abandoned. Unable to pass her on to the authorities to be escorted to her aunt and uncle across the state, Kidd takes on the endeavour himself.

What follows is a perfectly serviceable film. Greengrass combines Dariusz Wolski’s cinematography and a score from James Newton Howard to paint a picture that shows the wild west in all its rugged beauty. Sprawling golden landscapes, wooden storefronts of old, and the threat of outlaws at every pass are accompanied by a booming soundtrack that harks back to the all-encompassing pre-covid cinema experience. One wonders if seeing News of the World on the big screen may have made this story about stories a little more engaging. 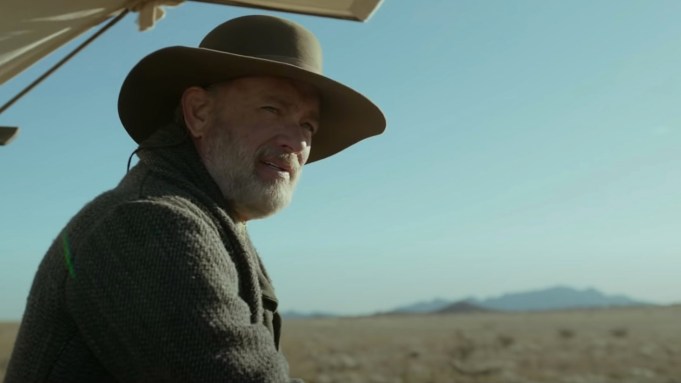 The film illustrates an entangling of events. From the racial violence and economic desperation lingering as the residue of the war to Johanna’s cultural fusion and resulting familial displacement. Kidd himself has his own narrative of travelling telling tales yet leaving behind a piece of himself in the process. Each of these are interesting threads in their own right, yet the film doesn’t quite reach far enough in unspooling this in any meaningful way. This doesn’t particularly work well with the slow burn nature of the pacing. A traditional shoot-out in the first act is tense and captivating, but after it passes, there’s no attempt, action or otherwise to heighten the viewing experience.

The strongest case for seeing News of the World is to enjoy Tom Hanks as we usually do. Providing the solid, even-handed portrayals we’ve come to expect, Hanks’ Captain is an understated figure, falling just short of gruffness, but growing closer to his charge over the course of their journey in a way that feels warm and heartfelt. It serves the film well to have Hanks as it’s core, yet such predictable competency induces a yearning for something else to be intrigued by over the course of the two-hour runtime.

News of the World’s primary function seems to be to comment on the nature and importance of storytelling, yet somehow forgets to make itself a story worth sitting down to hear.

News of the World is out on Netflix now