Placing the Victorian world into the realm of magic and supernatural is nothing new. In fact, even a few years ago we were treated to Penny Dreadful; a show full of horrors, and monsters, and witches. It seems the time and era go hand in hand with spells and delighting the dark arts.  And who are we to deny it?

This year has already seen the likes of The Irregulars conjuring up all sorts in Victorian London as a scrappy bunch of teens battle the darkness alongside Sherlock Holmes and Dr. Watson.

However, even with that Netflix release merely a month ago, the latest show to combine casting and corsets The Nevers feels fresh and exciting.

Set in London during the late 1890s, The Nevers follows a group of women called “The Touched.” A supernatural phenomenon years before bestowed them, and others, with superpower like gifts, ranging from super-strength to the ability to change energy. However, the women are facing many threats from across the city: The men in power who wish to snuff out the threat to their positions, the public who are terrified about these gifts, those who want to use and abuse them, and a terrorist who uses her power for her own gain. Led by the disdained Amalia and the scrapped Penance, can The Touched find their place in this new world.

There are currently only six episodes of The Nevers out at the moment, but they are full of excitement and intrigue. Helped by a team of writers and producers, the show weaves through shocking scenes and magical mayhem as Amalia and Penance try desperately to show the world that The Touched are nothing to be feared. That said, their efforts are halted by Malady – an unstable, underground member of the fraction. As her antics rage against London, the show teams with possibilities.

Yet The Nevers is teaming with mystery and mouth-gaping moments such as a shocking end including episode three’s shocking ending, and character histories that are richly explored throughout the episodes. The writing weaves through themes and fantasy throw nuanced (and loveable) characters that you are immediately invested in.

Set in a period time that was full of change and progress yet steeped in archaic views, The Nevers balances many different complexities for the lead women including simple fighting against the patriarchy. Not only that but The Touched have to contend with being seen as a side-show attraction, the enemy, or easily manipulated. People of all class and gender debate and argue over their existence which brings an interesting power play structure.  Then there is individual character histories and their own struggles with their powers, which in many moments can be heart-breaking.

On top of this, there is Maladie who tries to cause chaos like a rampant joker of yesteryear. She wants to upset the apple cart, whilst also trying to figure out why her mind is so spent and torn. There’s a lot to sew together but it’s all these threads that keep The Nevers feeling original and keeps you wanting more.

It’s not just the writing that fully embraces the 1890s. Costume and set design is lavish and lush, really utilising clothing for each character to express who they are.  Of course, one obsessed with the Victorians could pull out a magnifying and nitpick at what it shows (but I am not going to do that – yet.)

It helps that The Nevers has some fantastic actresses at the centre of the show. Laura Donnelly is a terrific lead as the gin-swilling, punching, and dead-pan Amalia just trying to fight for a better world. Yet Donnelly always captures enough emotion in Amalia that there is a clear history within her to unpack. In a throwaway line, quite early on, she says; “This is not my face. ” and it is Donnelly’s performance and the stellar acting that makes this lead heroine such a treat.

Ann Skelly is a terrific foil to her as Penance, an inventor who wants her friend to calm down whilst also taking people to task for their prejudice. The pair make a brilliant dynamic duo and, one hopes, future lovers. I said one hopes. 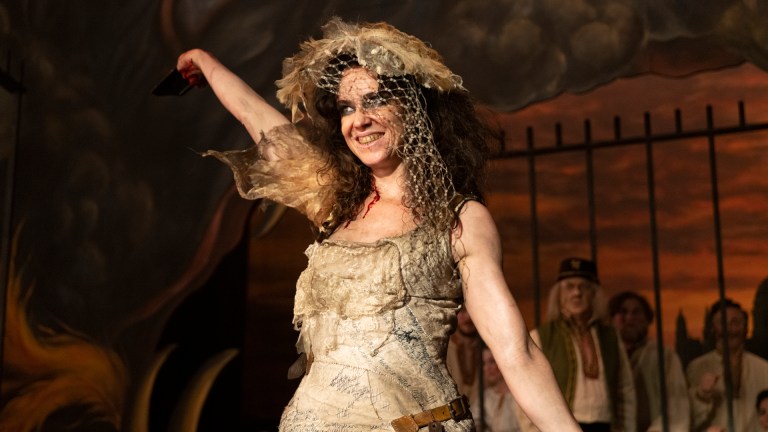 All the while, there is Amy Manson as Maladie, a character seemingly mad and tortured by her own thoughts but has a dark past inside her. Maladie is the product of the time – a wretched soul who is ready to take the society. Manson relishes this role, a far cry from her sweet, Irish nature.

There is a few niggles and finding the tonal balance is a bit of a struggle, especially with all those aforementioned themes going on.

However, in merely six episodes alone, The Nevers have already entertained and intrigued. Though the show, at times, can struggle to balance all the threads it has presented us, it is nonetheless, this is a show with premise and potential to keep us entertained.

With a shocking mid-season finale and questions that we have yet answers too, we cannot wait to see where the show takes us next.

The Nevers is out on Sky on now!