Plastered all over your screens this week is none other than home grown hero Olivia Cooke, who’s chasing easter eggs in Ready Player One and getting up to sinister acts in Thoroughbreds, so what better time to take a look at this star in the making, why she’s got big things coming, and her breakthrough film performance.

Born and raised in Oldham, Manchester, Cooke started acting young in local theatre productions, commercials and music videos. She made her television debut in 2012, with parts in BBC productions Blackout and The Secret of Crickely Hall. The latter of those was only her introduction to the horror/thriller world, as she would then comfort in that genre starring in films such as The Quiet Ones, Ouija and The Limehouse Golem, as well as her regular role in A&E’s Hitchcock prequel Bates Motel as Emma Decody, alongside Freddie Highmore and Vera Farmiga. 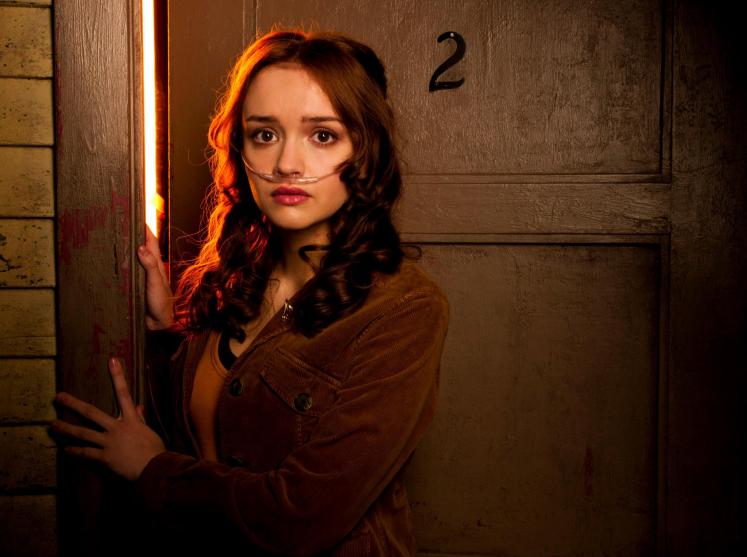 In 2015, Cooke played one of the titular roles in Me and Earl and the Dying Girl, an indie hit directed by Alfonso Gomez-Rejon, starring Thomas Mann as an awkward, uptight high school senior who drifts through life barely scratching the surface of friendship with anyone other than friend Earl (R.J. Cyler) with no real idea of what he wants, until he’s forced to spend time with Rachel (Cooke), a classmate and former childhood friend who’s been diagnosed with leukaemia. This film is incredibly close to heart, topping my best of the year list for being a beautifully scripted coming of age flick with remarkable creativity, great humour and absolute heartbreak on the way to inspiration. At the centre of it all was Cooke’s performance that served as an emotional journey all by itself; she grabs you by the hand and whisks you through the highs and lows of her disease that puts an irresistible smile on your face and then takes it straight away with a sincere punch to the gut. Without spoilers, the most brilliant moment of hers comes with a static camera, her sitting in the foreground, Mann in the background, and nothing but raw emotion seeping out of these two troubled individuals. By all accounts, she is just riveting.

Following that up with indie hits like Katie Says Goodbye and new release Thoroughbreds, Cooke made her proper blockbuster debut in Steven Spielberg’s Ready Player One. Adapted from Ernest Cline’s novel of the same name, it follows a young boy in a dystopian future where people immerse themselves in a virtual reality world, desperately seeking an easter egg left by it’s pop culture enthused creator. Responses have been fairly mixed; for my money, it doesn’t offer much in the way of satisfying character development or tonal consistency, but is a deliriously fun blockbuster by the man who does it best, and Cooke effortlessly steals the show from leading man Tye Sheridan.

Olivia Cooke is on the rise, and this is brilliant; on top of being very sweet and down to Earth in real life, she is phenomenally talented and is ready to bring her A-game to whatever genre or type of film she’s tackling. I’d hope to see her in more blockbusters, as a leading lady to be excited for, but the future is currently in the indie market still, with the upcoming Oscar Isaac vehicle Life Itself and short film Follow the Roses, whilst also sticking to television as the lead in the upcoming miniseries Vanity Fair, based on the novel by William Makepeace Thackeray. I predict her becoming one of the more exciting names in films, and at just 24, she’s yet another ridiculously talented person to be jealous of.

Thoroughbreds is out on DVD & Blu-Ray today!