The above paragraph really sums up my feeling towards Ralph Wrecks the Internet; a weakily put together movie intent on bringing a vintage arcade gaming character into our world of distraction and online-validation that could barely hold my attention beyond it’s near two-hour run time. 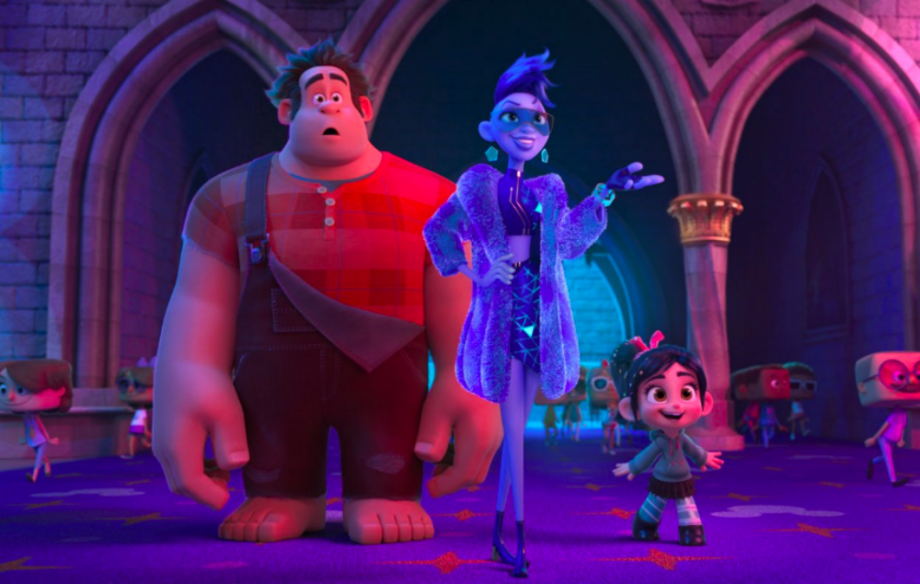 We return to the arcade in this follow up to Wreck-It Ralph where Ralph and Vanellope are living the good life. Ralph is still a villain but is no longer villainised and Vanellope has returned to her rightful place as the princess and best racer of Sugar Rush. Ralph is very happy with his life, enjoying the repetition and safety in knowing what happens everyday, while Vanellope is chafing at the bit to have adventure and the unknown return to her life. In an attempt to provide this to her, as they are Best Friends!, Ralph changes a course in Vanellope’s game, which she loves, but causes the girl playing the game to break the steering wheel as Vanellope fights against her control. There is a quick discussion about buying the replacement part from the internet which proves to be too expensive for the arcade owner who unplugs the game and says that it will be taken for scrap at the end of the week. Ralph and Vanellope then end up going into the Internet to buy the replacement part. While there and trying to raise the money to buy the part, Vanellope finds the excitement and adventure that she is looking for, driving a wedge between Ralph and herself. Can they raise the money in time? Can they work out the real meaning of friendship? Can they stop making the same pun over and over again?
The  first film was successful because the characters were great, it was funny and the plot was concise. However, in  this second act, the Ralph franchise becomes  sloppy film that doesn’t know what to do with its characters and is heavy handed with the lessons it is trying to impart. The jokes are weak and some running jokes should be buried where they can bother no one ever again.

Setting this in the internet and referencing that culture makes the film feel old when it is a brand new release. The breaking of the internet that is referenced in the title happened in 2014 (scary but that is what the internet tells me). Animation takes a long time and even if they had had the most on trend teenager humanly possible there telling them what to reference, it will still be out of date when it is released as it isn’t being released right at that moment and the internet is often about the zeitgeist. Ironically the fast movement of trends and how something goes from being the “It Thing” to being old in a moment is actually referenced in the film. 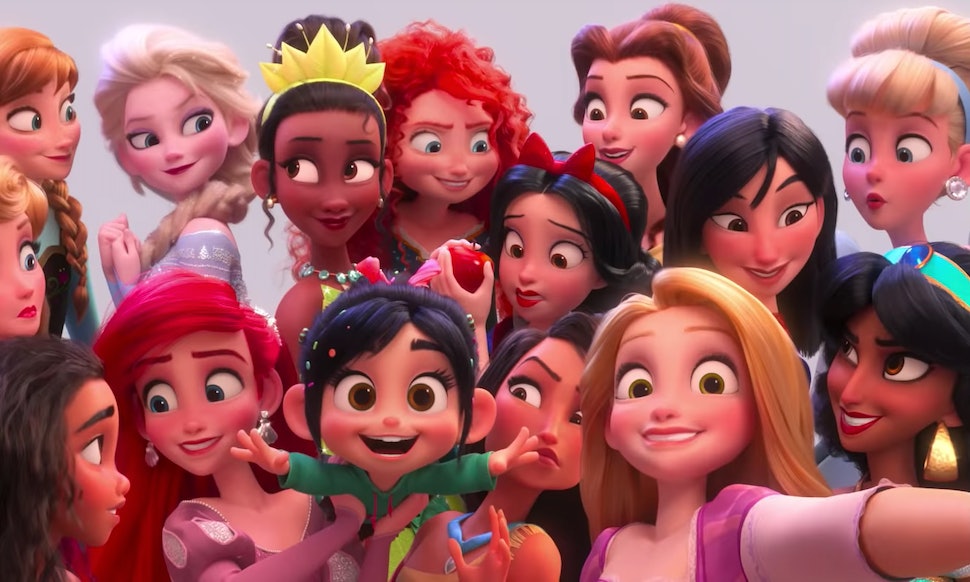 The Disney princess scenes that have been shown everywhere are the best moments but most of it was shown in the trailers. Despite having the bulk of the jokes and an undeniably catchy song, it cannot save an entire film. Ralph Breaks The Internet does have exquisite animation, pretty much a staple of the Walt Disney Animation Studio, and the way that they animate the different game characters  based on their game and their role in it continues to be a brilliant and beautiful touch.

The real issue this film is that it feels like several short films that have been hamhocked together resulting in a hot mess. I want the short of Vanellope and the princesses. I want the short of what happens when Felix and Calhoun (who are underrused in this sequel) adopt the Sugar Rush racers. I want a short of Ralph and Vanellope exploring the internet. What I don’t want is this confusion of a film where the end lesson is so unnuanced in its delivery that is loses any impact it may have.

Wreck-It Ralph 2: Ralph Breaks The Internet is out in cinemas now!