Bad Neighbours star Dave Franco moves behind the camera for the first time to create wrought horror film The Rental.

Franco directs, and cowrites the script alongside Joe Swansberg, this movie which sees Charlie and his wife Michelle rent a vacation house on the coast. Joining them on the trip are Charlie’s brother Josh and Josh’s partner Mina, who funnily enough works with Charlie on his upcoming tech start-up. However, once arriving, there is something peculiar about the home, especially its owner Toby. Though the couple of couples try to enjoy their vacation, they are about to discover something is very, very wrong with the home. But could it be too late?

The movie has an edgy, tense set-up. Focusing on the interpersonal relationship between the two couples and playing with  hidden overwrought emotions, the atmosphere gets tightly wound throughout the film. In an isolated, picturesque house on the cliffs of Oregon (not too dissimilar to Come to Daddy’s remote horror vibe,) secrets transpire and tumble into the open. The mood is left shaking; quivering on the side of a cliff, almost waiting to fall. 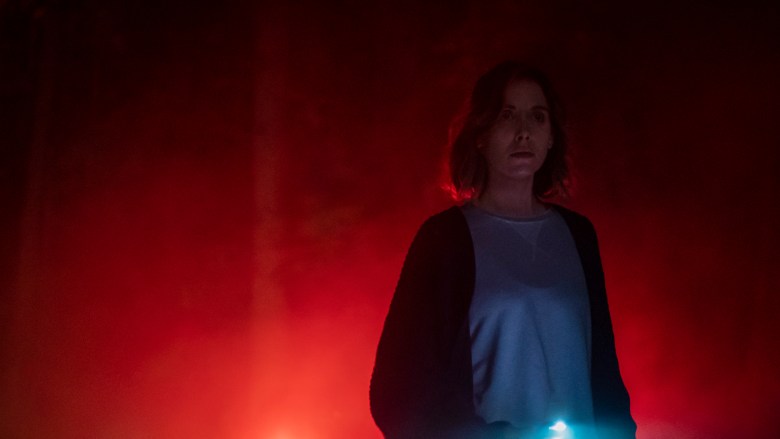 Sadly, it doesn’t. Instead, the film takes a detour and becomes a garishly cliché home invasion movie. There are so many possibilities that whir around in your mind as you hold your breath, wondering where the film will go, and those theories are much better than the actual third act of the movie.

It’s a shame because Franco does show a clear talent in commanding a horror tale. The unease and developing strife between the quadruple is unnerving, with some scenes akin to the familial strain in Hereditary. His direction keeps the audience on its toes and with some beautifully framed shots and fluid camera work by Christian Sprenger, the film is striking to watch.

The cast consists of Alison Brie, Dan Stevens, Shelia Vand, Jeremy Allen White, and Toby Huss. This small cast of characters only adds to the insidious nature of the film and they all perform fantastically well. However, the stand out here is certainly Alison Brie as Michelle. The character is very similar to Brie’s type-cast of overtly wound, pedantic roles she is best known for, such as Annie in Community or Sloane in recent Christmas comedy Happiest Season. Yet despite this, Michelle is the only sympathetic character here, mainly because Brie fashions her with a degree of consideration and warmth that, when it begins to fall apart for her, you understand her reaching the limit. In these moments of breaking, Brie still controls the screen with a vicious look or teary-eyed frustration.

The Rental is effective for two-thirds of the movie but fumbles at the end by not tumbling into something new and different. However, Franco has a talent behind the camera and should he continue as a director, it would be very interesting to see what more he can create.

The Rental is now available on Amazon Prime!